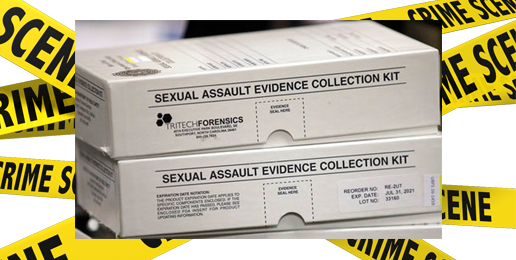 Many government officials and progressives in Illinois like to tout the state as being a leader in championing women’s rights. In April 2020, a report in the Chicago Tribune showed a shocking backlog of rape kits waiting to be tested by the Illinois State Police (ISP). Women across the state have suffered for years waiting for the DNA of their attackers to be tested in hopes of having their cases solved and their violators brought to justice. Since that report brought the problem to the public’s attention, the ISP has made progress, but there are many kits still to be tested with more rape crimes adding to that number.

Applying ISP data from the end of March, Tribune reported 7,009 kits were waiting in line to be tested, with a processing time of 247 days. The wait time had grown from 194 days in February due to reduced staffing to meet social-distancing guidelines caused by the COVID-19 pandemic.

How did we get here?

The story begins in 2002, when the backlog was at close to 3,000 kits. The General Assembly tasked the Illinois State Police with the distribution, collection, analysis, and maintenance of rape kits through the passage of the Sexual Assault Evidence Collection Program (SB 3095). It wasn’t until 2003 that lawmakers added the cost of the program into the ISP’s budget.

In 2010, the Assembly enacted SB 3296, a rape kit reform bill, requiring law enforcement agencies to submit any sexual assault evidence it receives within 10 business days of receipt to the Department of State Police. The bill further stated the evidence should be analyzed within six months “after receipt of all necessary evidence and standards by the State Police Laboratory or other designated laboratory if sufficient staffing and resources are available.” It also included a one-time statewide performance audit.

The Accountability Project performed a voluntary audit of the Champaign, Chicago, Springfield, and Urbana police departments in 2015, which failed to receive a response from the Chicago Police Department, and inadequate submission rates from the other cities. In 2016, The Chicago Sun-Times reported a backlog of 2,179 of kits. In response, the General Assembly enacted another law, SB 2221, that would require annual audits of rape kit submissions in an effort to increase accountability. That same year, survivors were given access to the status of their rape kits through SB3096.

Subsequent laws were passed in 2017, 2018, and 2019 to provide greater rights to survivors of sexual assault including providing them with advocates, counseling options, and increasing the number of medical professionals trained to perform patient exams. These included the assignment of the ISP with creating and maintaining a statewide sexual assault evidence kit tracking system accessible to survivors. Legally, the system was to be in place by August 16, 2020, but as with many things, the pandemic happened.

In late September, the ISP announced its new online database of sexual abuse survivors, Checkpoint. The database allows sexual assault survivors to track their case evidence. There is, however, a hitch: the database starts with cases from August 14 of this year. No cases prior to that date are included in the database. In addition, 14% of the state’s hospitals have yet to sign on to using the new system.

The April article in the Chicago Tribune did much to raise public consciousness and pressure the ISP, as did the looming August legal deadline. In a September 2, 2020 update, the Tribune reported the ISP had reduced the backlog by 31% to 5,811 by July 31. The average turnaround time had gone down from 247 days in March to 210 in August. The article attributed the reduction to “a new computer system, using robots to extract DNA and outsourcing cases to be processed elsewhere.”

While this all sounds like good news, the Chicago Justice Project (CJP) says not so fast. On November 16, it released a report stating the number of backlogged cases has actually increased by 46% at the Chicago Forensic Laboratory testing site.

Among the reasons for its findings, the CJP report cites definitions and interpretations: “The ISP now defines backlog as any unfinished assignment (i.e., work requested on a case) in a section, regardless of when it was submitted. In previous years, the backlog was defined as unfinished cases (in-progress or un-started) in the section for more than 30 days.” Additionally, discrepancies in testing DNA biology and forensic biology caused further confusion. The report issued suggestions to the Chicago lab and ISP for cutting the backlog and improving transparency.

Last year, Governor J.B. Pritzker appointed a Forensic Science Task Force, which issued a report in July. The task force suggested the appointment of a permanent commission and more funding, along with further training, better procurement, and increased communication.

For nearly 20 years, elected officials and other government leaders have worked to resolve this issue of justice. Instead, while trying to correct and improve previous laws, they seem only to have created a more complicated morass of laws. Politicians’ endless law-making has created what must feel to survivors like an unending circle that needs to be broken.

While society has grown more understanding and aware, and the options and treatment for survivors have greatly increased, the need to end the backlog and bring justice to survivors continues. It is hoped that our leaders would quit making laws and announcing edicts but would instead allocate resources that would enable personnel to move quickly to bring justice for survivors.