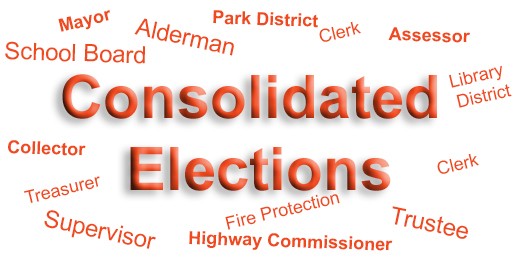 After every election cycle it seems as though we ponder what could have been improved if there were better elected officials in Washington D.C. and in Springfield. The media constantly draws our attention to the national political scene, yet it was Tip O’Neill who said, “All politics is local.” When was the last time you voted in your local election? If you do vote, how much research do you do to determine the best candidates?

Despite the federal government’s increasing reach, decisions made at the local level continue to affect our day-to-day lives in significant ways. Our real estate tax bill is the result of decisions made by our local elected officials, and the amount owed climbs as our home values plummet. That new park building local government leaders say the town must have, the improvements to the library that simply must happen, and the new computers that must be provided to students are all expenditures voted upon by your local officials. Your school’s policies regarding curricula-selection as well as the tax levy amounts to pay for teachers’ and administrators’ salaries, pensions and building improvements and additions are determined by your local school board members. These are costly decisions monetarily and socially.

Who are the people making these decisions? They are your neighbors. They are no different or better than many others in your cities and towns. What sets them apart is their vision for the course of your towns’ and your children’s futures and a willingness to sacrifice their time to help achieve that vision.

You can help shape that vision. You can have a voice in those decisions. You can influence your schools, libraries, cities, villages and townships. People of conviction and integrity are critically needed to represent those of us interested in reduced expenditures, balanced budgets and morally sound policies.

One particular area of civic life woefully ignored are school boards. There are too few school board members voting against the policy and curricular decisions of “progressive” teachers and administrators who use the classroom to disseminate their social, moral, and political views.

How does this happen? Teachers’ unions recruit school board members who are like-minded, go-along folks who will rubber stamp all the decisions that liberal teachers and administrators want. Because so few people take the time to vote or research candidates, the unions’ hand-picked candidates get elected.

Our local elections in Illinois are collectively called the Consolidated Election and will take place on Tuesday, April 4, 2023 and the Primary is February 28, 2023. They are held every other year. While that seems a long way off, petitions are circulating now to put folks on the ballot. The process is not complicated. You can learn from others and a little research.

Please consider running for office! Nominating petitions for these local offices require very few signatures, so getting your name on the ballot takes very little effort. Candidates are needed for city and village trustees (maybe even mayors) and for the boards of park districts, schools, libraries, community colleges, and fire protection districts.

Nominating papers must be filed by December 19th. The nominating petition forms for a school board can be obtained by contacting the district office of your local elementary, high school or community college. If you are considering running for a different non-school position, call your local government office and ask about obtaining the packet containing the forms.

Once you’ve obtained all your signatures and filed your petitions with your district’s election official, you’re off and running. There are people available to help you run your campaign and teach you the ropes. Groups such as Illinois Conservative Union and their Election Integrity Program, Awake Illinois, and Breakthrough Ideas are very willing and able to help.

If you decide not to run yourself, get behind the candidates who approach decision-making the way you would. These local elections get very little attention from voters. Most of those who do vote are those directly tied to the government entity. So, get involved! Stand up for what is right. Make a difference. When you do that, you both help facilitate positive change and become a role model for your children and grandchildren.