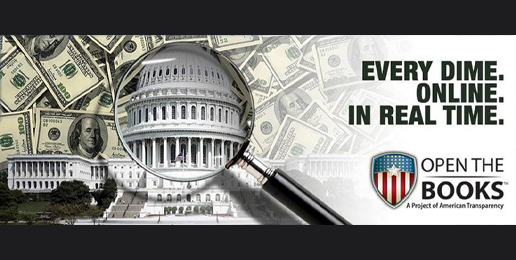 Adam Andrzejewski, the founder of the Illinois-based national transparency organization Open the Books, recently spoke at Harvard University calling upon Americans to exercise their power as citizens.

They understood that transparency was so important they made it a part of the U.S. Constitution.

This is from Article I, Section 9:

“No Money shall be drawn from the Treasury, but in Consequence of Appropriations made by Law; and a regular Statement and Account of the Receipts and Expenditures of all public Money shall be published from time to time.”

That defines the mission of Open the Books. “We can’t make America great again,” he said, “unless we make government accountable again.”

During his speech, Andrzejewski cited an array of governmental scandals that came to light as a result of Open the Books. Among them were:

These days there is a lot to read and listen to — and we all only have so much time, however, Andrzejewski’s speech, which runs about 30 minutes, is a positive call to action at time when really bad news seems to outnumber the merely bad news here in Illinois.

“We need to start fighting on hard facts — and when we engage in these subjects and we show exactly what’s going on — when we fight, we win,” he said.