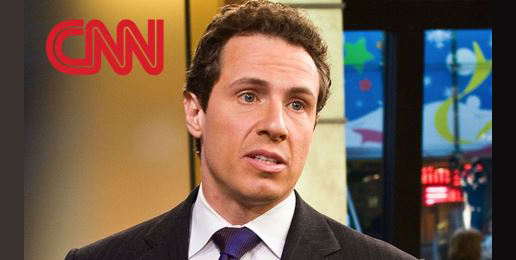 This is surely one of the strangest tweet exchanges I’ve ever seen. Here’s CNN’s Christopher Cuomo responding to a person who asks, “What do you tell a 12 year old girl who doesn’t want to see a penis in the locker room?” His answer?

Not long ago, if school policies purposefully exposed girls to male genitals, they’d be subject to a backbreaking sexual harassment lawsuit. Suddenly, however, “tolerance” looks a lot like indecent exposure, and indecent exposure is what freedom looks like. This is beyond strange. I’m certain Cuomo would still object to a member of the football team walking straight into a girl’s locker room and disrobing, but he not only doesn’t object to the exact same anatomical features if they’re attached to a trans “girl,” he condems those who feel uncomfortable.

If the declaration that “preteen girls shouldn’t see penis at school” doesn’t resonate, I wonder if there’s really any hope for a common moral language when discussing the sexual revolution. In this circumstance, not even consent — the final moral firewall — matters. We used to be told that boys and girls should shielded from unwelcome sexual images. Now we’re told that they can be exposed to genitalia even over their strenuous objection, and they’re intolerant if they argue otherwise. Extraordinary.

The left-wing intolerance on this point is so extreme that they condemn school officials who seek to protect trans kids by giving them their own, private facilities — places where they can change in complete privacy. Yet arrangements like this are characterized as cruel and heartless discrimination rather than the compassionate accommodation they so clearly are. There are ways to protect the rights to all parties to this cultural dispute, but when social engineering is the goal, compromise is out of the question.

This article was originally posted at National Review.