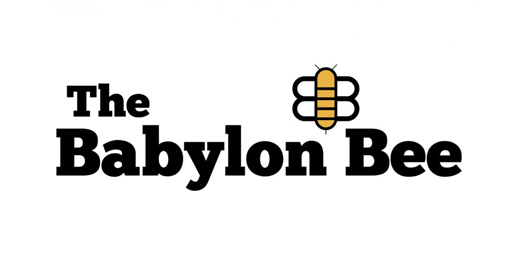 The Babylon Bee is Really Ticking Off The Right People
01.21.20
PRINT

Until I saw a brilliant interpretation and explanation of it a few years ago, I was always confused by this Biblical proverb:

In order to give them the credit they deserve, I truly wish I could remember whose commentary I was reading that brought this passage to light. But even though I can’t do that, I can pass along their wisdom.

In the first sense, a fool looks only to mock and deride. Their mind is closed and they are uninterested in any serious discussion of their illogic or mistake. They’ve made up their mind and it isn’t changing. Trying to engage such a person in an earnest way simply subjects you and your position to unnecessary ridicule. You get into an unproductive and unnecessary tit for tat that profits no one. The Bible says that willfully acquiescing to such is the behavior of a fool.

So how do you handle that kind of confrontation wisely? That’s the second part of the proverb. Rather than being drug into a cesspool of contempt, simply turn the fool’s foolishness against them. Wield as a weapon that which they attempt to wield against you, thus shaming their contempt for wisdom and truth.

Let me give an example. A few years ago, an overly brash attorney working for the grossly unserious Freedom From Religion Foundation, Andrew Seidel, made a remark on Twitter meant to inflame and enrage believers:

Now, what did Andrew really want here? He wanted believers to argue with him and tell him how the Bible isn’t immoral, how it’s wonderful, how it’s changed them, how it’s liberating, how it’s God’s Word, so on and so forth. And Andrew would be ready to ridicule and mock anyone who climbed down into the mud with him. I chose not to because Proverbs tells me not to answer a fool according to his folly.

Instead, I chose to answer him in a way that pointed out his folly while not allowing him to be haughty and wise in his own eyes. Like this:

Rather than being able to mock believers for their faith, Seidel was forced into a, “Well, but, no, I didn’t mean” defense. This is the wisdom of the proverb.

And to that end, this is precisely why I’ve come to adore the Babylon Bee. The Christian satire site does it the right way – being willing to poke fun at our own Christian culture and its eccentricities, but also chiding the absurdity of a world in rebellion to God by using absurdity.

Snopes has been brilliantly exposed as nothing more than a left-wing propaganda machine, progressive activists posing as CNN reporters rage against the Bee for “misleading people” with their satire, notorious race-baiters fume at them, and even activists at leftist Christian outlets like RELEVANT magazine get worked into a lather when the Bee satirically points out the foolishness of rebellion to God.

They’re making the right people uncomfortable, a point that caught the attention of Tucker Carlson on Fox News the other night:

I’ll stop short of calling sarcasm and satire a spiritual gift, but there’s no question that answering fools according to their folly is doing the Lord’s work. Not because I say so, but because God did in Proverbs.

This article was originally published at DISRN.com.