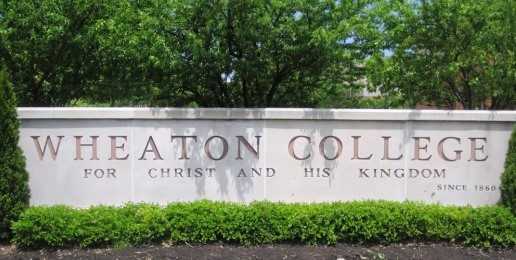 The Shaming of Wheaton College by Shameful Organizations
Written By Laurie Higgins   |   09.01.16
PRINT

I just read with interest a breaking  “news” story on Wheaton College that reported that Wheaton has been listed as the “worst” college on the Princeton Review’s list of “LGBTQ-Unfriendly” schools and included on the “Shame List” by Campus Pride, an organization committed to normalizing homoeroticism.

“Objective” news reporter Leonor Vivanco neutrally reports that the “Shame List” is composed of campuses that have “applied or received a Title IX exemption to allow institutions to discriminate against LGBTQ persons, or that have a demonstrated history of anti-LGBT actions [emphasis added].” These are reporter Vivanco’s “unbiased” words—not Campus Pride’s.

Translated, this means that Wheaton College, a theologically orthodox college whose motto is “For Christ and His Kingdom,” makes distinctions based on the Bible between licit and illicit sexual behaviors.

Campus Pride cites as evidence for the inclusion of Wheaton on its Shame List Wheaton’s invitation to Rosaria Butterfield to speak on campus. Butterfield is a former feminist English professor who formerly identified as a lesbian and is now a follower of Christ, wife, and mother. For those unfamiliar with Butterfield, she is a compassionate and erudite speaker who has written two books about her conversion: The Secret Thoughts of an Unlikely Convert and Openness Unhindered: Further Thoughts of an Unlikely Convert on Sexual Identity and Union with Christ.

Vivanco quoted two Wheaton alumni who affirm homosexual identities and who describe commitments to theological orthodoxy as creating an unwelcoming, unsupportive, and dangerous place. There were no quotes from Wheaton alumni who affirm theological orthodoxy and who disagree with the implied proposition that in order to be welcoming, supportive, and safe, Wheaton must abandon the clear teaching of Scripture on matters related to homoeroticism.

Vivanco also mentioned an unusual and uncivil incident that took place last year at Wheaton when “a student threw an apple at a classmate who questioned the school’s president about LGBT people at a school event.” Two of my children and their spouses graduated from Wheaton College, and one of them also received a master’s degree in Systematic and Historical Theology from Wheaton, so I have some familiarity with the character of Wheaton students and the climate of the college. The apple-throwing incident was an unfortunate and remarkable aberration that I’ve heard offended the vast majority of Wheaton students and alumni—including those who affirm theological orthodoxy. It’s also unfortunate that Vivanco failed to report on the aberrational nature of the apple-throwing incident and how offensive it was to students and former students. Perhaps she would have known that if her research had extended beyond those who reject theological orthodoxy.

By being ranked the “worst” school by those who choose to place their unchosen homoerotic attraction at the center of their identity, Wheaton College is revealed as among the best colleges for those who place Christ at the center of their identity—including some who experience unchosen homoerotic attraction.

Affirming theological orthodoxy on sexual matters is not mutually exclusive of deeply loving those who believe differently and make choices based on those beliefs. In fact, those who value divers peoples and demonstrate tolerance of their beliefs do it every day.

“And he said to all, ‘If anyone would come after me,
let him deny himself and take up his cross daily and follow me.’”
~Luke 9:23~