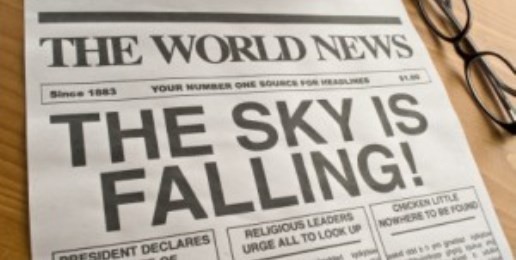 A defining feature of contemporary Western culture is the establishment and defense of certain ideological shibboleths that dare not be gainsayed. These PC orthodoxies are enforced with all the fanaticism of any religious cult, and those who dare to resist are treated as enemies, heretics and apostates.

Plenty of such ideological agendas can be mentioned here. Homosexualism is of course a perfect example, with most Western elites and almost all of the mainstream media marching in step with what the homosexual militants demand. And woe to anyone who dares to differ.

Instead of an objective media which allows for differing points of view, on issues like homosexuality there is only one position. Contrary points of view are censored out, mocked and ridiculed. This was not always the case, but so successful have the militants been in pushing their agenda, and harnessing the coercive arm of the state, that a code of silence has now descended on any heterodox viewpoints.

Another clear example of this is of course climate alarmism. This has now become the reigning orthodoxy, and contrary points of view are not allowed. Those who dare to differ are pilloried and demonized as recalcitrants and worse. Yet some brave voices are willing to go against the flow, and demand that truth be heard in the public arena.

The warmist alarmist establishment hates this, especially when one of their own turns against them. There have been a number of such defectors, and they are of course treated as persona non grata by the true believers. But their voices must be heard nonetheless.

One of these is someone well qualified to speak on such matters. I refer to a former founder of Greenpeace, Patrick Moore. Several years ago he wrote a very important book describing in detail why he changed his mind on all these matters. I reviewed that incisive volume HERE.

He has recently come out with more heterodoxy when it comes to climate alarmism. One news report covers the story this way: “A co-founder of Greenpeace told lawmakers there is no evidence man is contributing to climate change, and said he left the group when it became more interested in politics than the environment.

“Patrick Moore, a Canadian ecologist and business consultant who was a member of Greenpeace from 1971-86, told members of the U.S. Senate Environment and Public Works Committee environmental groups like the one he helped establish use faulty computer models and scare tactics in promoting claims man-made gases are heating up the planet.

“’There is no scientific proof that human emissions of carbon dioxide (CO2) are the dominant cause of the minor warming of the Earth’s atmosphere over the past 100 years,’ he said. Even if the planet is warming up, Moore claimed it would not be calamitous for men, which he described as a ‘subtropical species’.”

Of course the true believers will dismiss all this, and throw out their mantra, “the science is settled”. Yeah right. As if. Only ideologues with predetermined outcomes in mind throw around this sort of foolishness. Real science is always open to follow the evidence wherever it may lead. And new or changing evidence makes for new or changing assessments.

Charles Krauthammer has recently penned a piece on the myth of ‘settled science’. He begins: “I repeat: I’m not a global warming believer. I’m not a global warming denier. I’ve long believed that it cannot be good for humanity to be spewing tons of carbon dioxide into the atmosphere. I also believe that those scientists who pretend to know exactly what this will cause in 20, 30 or 50 years are white-coated propagandists.

“’The debate is settled,’ asserted propagandist in chief Barack Obama in his latest State of the Union address. ‘Climate change is a fact.’ Really? There is nothing more anti-scientific than the very idea that science is settled, static, impervious to challenge. Take a non-climate example. It was long assumed that mammograms help reduce breast cancer deaths. This fact was so settled that Obamacare requires every insurance plan to offer mammograms (for free, no less) or be subject to termination.

“Now we learn from a massive randomized study — 90,000 women followed for 25 years — that mammograms may have no effect on breast cancer deaths. Indeed, one out of five of those diagnosed by mammogram receives unnecessary radiation, chemo or surgery.

“So much for settledness. And climate is less well understood than breast cancer. If climate science is settled, why do its predictions keep changing? And how is it that the great physicist Freeman Dyson, who did some climate research in the late 1970s, thinks today’s climate-change Cassandras are hopelessly mistaken?

“They deal with the fluid dynamics of the atmosphere and oceans, argues Dyson, ignoring the effect of biology, i.e., vegetation and topsoil. Further, their predictions rest on models they fall in love with: ‘You sit in front of a computer screen for 10 years and you start to think of your model as being real.’ Not surprisingly, these models have been ‘consistently and spectacularly wrong’ in their predictions, write atmospheric scientists Richard McNider and John Christy — and always, amazingly, in the same direction.

“Settled? Even Britain’s national weather service concedes there’s been no change — delicately called a ‘pause’ — in global temperature in 15 years. If even the raw data is recalcitrant, let alone the assumptions and underlying models, how settled is the science?”

He concludes, “Climate-change proponents have made their cause a matter of fealty and faith. For folks who pretend to be brave carriers of the scientific ethic, there’s more than a tinge of religion in their jeremiads. If you whore after other gods, the Bible tells us, ‘the Lord’s wrath be kindled against you, and he shut up the heaven, that there be no rain, and that the land yield not her fruit’ (Deuteronomy 11).

“Sounds like California. Except that today there’s a new god, the Earth Mother. And a new set of sins — burning coal and driving a fully equipped F-150. But whoring is whoring, and the gods must be appeased. So if California burns, you send your high priest (in carbon -belching Air Force One, but never mind) to the bone-dry land to offer up, on behalf of the repentant congregation, a $1 billion burnt offering called a ‘climate resilience fund.’ Ah, settled science in action.”

Someone well qualified to speak on these issues is S. Fred Singer, professor emeritus at the University of Virginia and director of the Science & Environmental Policy Project. His specialty is atmospheric and space physics. He refers to recent remarks by US Secretary of State, John Kerry, that “The science is unequivocal”.

He writes: “A survey of more than 1,800 members of the American Meteorological Society showed that less than half believe humans are the primary cause of any recent warming. Reviews of published climate papers by the Nongovernmental International Panel on Climate Change (NIPCC) report on thousands of peer-reviewed studies that contradict the alarmist global-warming narrative; the Chinese Academy of Sciences has published a condensed version of NIPCC reports. But many scientific organizations and academies are still sharply split on the issue of dangerous AGW (anthropogenic global warming)….

“Much has changed since 1997; but one constant is that the proponents of AGW have yet to publish any firm evidence that man-made CO2 is doing anything dangerous. They hadn’t done it in 1988 when James Hansen told a Congressional committee that we are headed to disaster; they hadn’t done it in 1997 when the Kyoto Protocol was signed by almost 200 countries (but never ratified by the US Senate); and they haven’t done it now.

“So the science about global warming cannot be called ‘settled.’ It no longer supports AGW — if indeed it ever did; in fact, there has been no significant warming trend for at least 16 years, while atmospheric carbon dioxide increased by more than 8%.”

But the true believers will not be deterred by facts and evidence. They have a new orthodoxy to push, and they will push it for as long as they can get away with it.