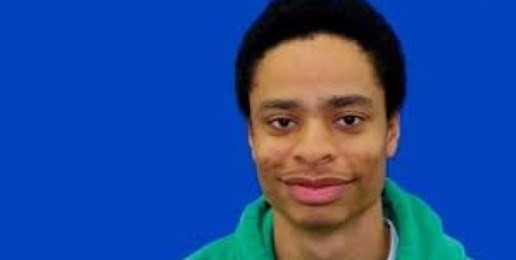 The “sweet” young man who killed two people, and then himself, in a Maryland shopping mall on January 25 was a pothead.

But the police revelation that the killer mentions “using marijuana” in a diary has been played down by the media, which in recent months have seemed almost ecstatic about the legalization of the drug in Colorado. President Obama, a one-time heavy user, recently called the drug safer than alcohol.

The link between marijuana and mental illness, documented in the medical literature, is not a popular subject for journalists who themselves may use pot and be reluctant to tell the truth about high potency marijuana and its powerful, psychoactive component.

Just after the murders, the killer, Darion Aguilar, was described in a Washington Post story as a “good kid” with no criminal record who was perceived as “harmless.” His mother called him a “gentle, sweet kid.”

But now the story has dramatically changed.

“Howard County police said on Twitter that Darion Aguilar wrote of using marijuana, expressed ‘thoughts of wanting to die’ and even said he was ‘ready to die,’” reported The Washington Post. But the marijuana reference was buried in the fifth paragraph, even though it helps explain why a “harmless” young man would turn into a psychotic monster.

The police Twitter account reported that Aguilar, in his writings, “indicates he thought he needed a mental health professional, but never told his family. He also mentions using marijuana.”

In Maryland, where the mall killings took place, the Marijuana Policy Project is pushing legal dope. State Senate President Thomas V. “Mike” Miller has endorsed legalization of marijuana and even remarked about taking a “toke” for a toothache.

Less than a week after Aguilar brought a shotgun into the shopping mall in Columbia, Maryland, state police arrested another doper, George Hong Sik Chin, as he threatened employees at the Tumi luggage store in Westfield Montgomery Mall in Bethesda, Maryland. “Police searched his truck and found a small amount of marijuana and a pipe, and drug charges were pending,” The Baltimore Sun reported.

Police said he was wearing camouflage, acting disorderly, and threatening to kill employees of the luggage store. Another account said he was “babbling incoherently.”

Nevertheless, the Marijuana Policy Project, which conducts fundraisers at the Playboy Mansion in Los Angeles, posted five billboards surrounding the stadium that hosted the Super Bowl on Sunday, claiming that “marijuana is safer than both alcohol and playing professional football.” This claim echoes statements made by President Barack Obama, a one-time member of the “Choom Gang” in Hawaii, and a heavy user of marijuana.

Sessions: …did the President make or conduct any medical or scientific survey before he waltzed into The New Yorker and opined, contrary to the position of attorney generals and presidents universally prior to that? That marijuana is not as I’ve quoted him? Did he study any of this data before he made that statement?

Sessions: Did he consult with you before he made that statement?

Holder:  No, we didn’t talk about that.

Sessions: Well, what about this study from the American Medical Association, October of 2013? ‘Heavy (inaudible) use in adolescents causes persistent impairments in neurocognitive performance and I.Q. And use is associated with increased rates of anxiety, mood and psychotic thought disorders,’ close quote. Or this report from Northwestern University in December—last December. Quote: ‘The study found that marijuana users have abnormal brain structure and poor memory, and that chronic marijuana use may lead to brain changes resembling schizophrenia. The study also reported that the younger the person starts using marijuana, the worst the effect.’ Would you dispute those reports?

Holder: I have not read the reports, but I don’t—if they are—if they are, in fact, from the AMA, I’m sure they are good reports. But that is exactly why one of our eight enforcement priorities is the prevention of marijuana to minors.

Sessions: Well, Lady Gaga said she’s addicted to it, and it is not harmless. She’s been addicted to it. Patrick Kennedy—former Congressman Kennedy—said the President is wrong on this subject. I just think it’s a huge issue. I hope that you will talk with the President—you’re close to him—and begin to push back—pull back from this position that I think is going to be adverse to the health of America.

Liberal commentators laughed at Senator Sessions’ reference to Lady Gaga being addicted to marijuana, but in fact she said she was “smoking up to 15-20 marijuana cigarettes a day,” allegedly to deal with various ailments.  She has been a longtime Obama supporter.

This article was originally posted on the Accuracy in Media website.