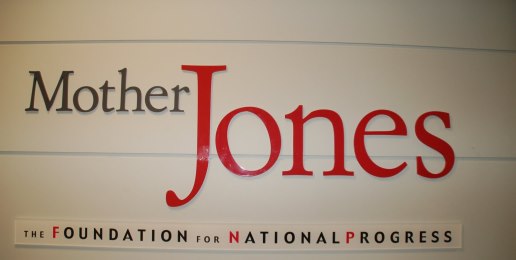 Hypocrisy, thy name is liberalism. What a difference a few years makes.

Remember when “progressive” media types chided President George W. Bush till they were blue in the face for “going it alone” on Iraq? Well, apparently “going it alone” is totally cool if you have a “D” after your name.

David Corn, Washington bureau chief over at the uber-liberal Mother Jones magazine is disappointed that an increasingly imperialist President Barack Obama wasn’t imperialist enough during his recent State of the Union Address. He’s furious that our already chestless Commander-in-Hearing-Himself-Talk showed off his bona fides in weakness and “let the Republicans off easy.”

Obama didn’t use this opportunity to focus on the reason he has to go it alone: Republicans hell-bent on disrupting the government and thwarting all the initiatives he deems necessary for the good of the nation. Even when he quasi-denounced the government shutdown, he did not name-check House Speaker John Boehner and his tea-party-driven comrades.

What? “All the initiatives” Obama “deems necessary”? “Go it alone”? Yeah, Josef Stalin – affectionately nicknamed “Uncle Joe” by Obama’s hero, FDR – had a lot of initiatives he “deemed necessary,” too. And like Obama, he also preferred the “go it alone” approach.

Seriously, has Mr. Corn never heard of the separation of powers? The president doesn’t get to just unilaterally “deem” laws into effect. He’s the chief executive, not the chief lawmaker. Neither should he be the chief lawbreaker.

Yet here we are and so he is.

More than any other president in American history (yes, Nixon included), Obama has done both – make the “law” and break the law. Just consider, for instance, his unprecedented, arbitrary, capricious and completely illegal “do-whatever-I-want-to-do” shredding of his signature dark comedy: Obamacare.

Get used to it. During last Tuesday’s SOTU Obama announced his intention to keep at it. In fact, he plans to ramp-up the lawlessness.

And why shouldn’t he? A gutless GOP establishment has let him get away with it at every turn. Corn was partly right. He was justified in taking a jab at the speaker of the House. On this we agree: House Speaker John Boehner (R-OH) needs to be “checked,” just not for the reasons Corn supposes.

Even some liberals are waking up to the fact that, for the first time, America is living under – as U.S. Senator Ted Cruz (R-TX) calls it – “the imperial presidency.” In a posting originally titled “Obama: Efforts to rein him in not serious,” the off-the-rails-liberal CNN.com took Obama to task for his autocratic misbehavior (CNN later changed the article title to “President Obama says he’s not recalibrating ambitions.” Amazing what an angry phone call from this White House can do to the Obama-natical state-run media).

Once, Barack Obama spoke of what he wanted for his presidency in terms of healing a nation divided. ‘This was the moment when the rise of the oceans began to slow, and our planet began to heal,’ he said.

Today, Obama is talking about executive orders and executive actions – with a pen or phone – if a divided Congress won’t or can’t act on an agenda he laid out this week in his State of the Union Address. …

Sen. Ted Cruz described the actions as ‘the imperial presidency,’” continued CNN, “and House Republicans have threatened to rein in the president’s use of executive actions.

Right. Most despots don’t take “very serious” efforts to rein them in, particularly when their political opposition has shown neither the courage nor the inclination to do so.

David Corn disagrees. He thinks more despotism is just what the “progressive” doctor ordered. He ended his Mother Jones rant – all but calling the president a weenie: “Obama barely called out Republicans in this speech; he did not exploit this high-profile moment to confront the obstructionist opposition,” he complained.

Au contraire, my corny little friend. Barack Hussein Obama has stored up no short supply of exploitations. Most especially, he has exploited the very people he is sworn to serve.