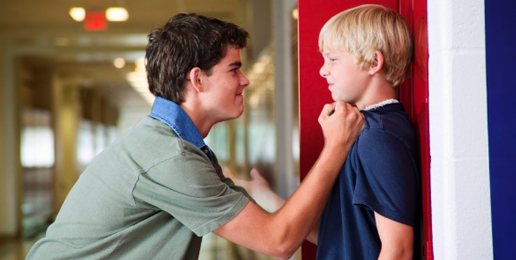 Leftists, controlled by “LGBTQ” activists and in thrall to their dogma, have redefined yet another term: bullying. They seek to impose their redefinition on all of society in their relentless quest to socially condition everyone into affirmation of their sexuality ideology. There’s no better evidence that they have redefined “bullying” than their claim that Melania Trump’s campaign against cyberbullying is hypocritical because her husband allegedly cyberbullies.

Milbank’s argument raises the question “What is a bully?”

My Random House Dictionary defines a bully as “a blustering, quarrelsome, overbearing person who habitually badgers and intimidates smaller or weaker people.”

My American Heritage Dictionary defines it as “a person who is habitually cruel, esp. to smaller or weaker people.”

My Oxford English Dictionary defines it as “a tyrannical coward who makes himself a terror to the weak.”

My Oxford American Dictionary defines it as “a person who uses strength or power to coerce others by fear.”

If all epithets constitute bullying, then was former Obama press secretary, Jay Carney a bully when he called Milbank a “hack.”

When Milbank called U.S. House Speaker Paul Ryan (R-WI) a coward and said the president is “surrounded by hooligans,” was Milbank bullying?

When Chicago Tribune columnist Eric Zorn called opponents of the legal recognition of homosexual unions as marriages sophomoric Bible-thumpers, hankie-twisters, and poisonous debaters, was he bullying?

When the editor and publisher of the “progressive” magazine The Nation, Katrina Vanden Heuvel, said former president George Bush was incompetent, untrustworthy, and dishonest, was she bullying?

Are “progressives” bullies when they call theologically orthodox Christians ignorant, hate-filled bigots for their belief that homosexual acts are immoral?

Was Jesus a bully when he called the Pharisees a “brood of vipers?”

If someone is a hack, a jackass, or a viper, is it bullying to say so?

If we use the true definition of bullying, it becomes clear who the bullies are. Bullies are those who possess cultural power—and by cultural power, I mean our dominant cultural institutions—and wield it against those with little or no cultural power.

It is “progressives” who control government schools, academia, the arts, professional medical and mental health organizations, mainstream media, social media, and corporate America. When Trump tweeted that John Brennan is a “political hack,” he was not guilty of bullying. When Carney called Milbank a hack, he was not bullying. When cultural power-brokers call an elderly florist a bigot, they’re bullying.

For tactical reasons, “progressives” have decided that when it comes to adults talking about adults, bullying no longer refers to coercive, threatening, cruel treatment of weaker people. They do that all the time. Now it refers to any speech by conservatives that’s not pleasant, sufficiently obsequious, or ideologically aligned with their views. But remember, no one has an obligation to acquiesce to Leftist language rules.