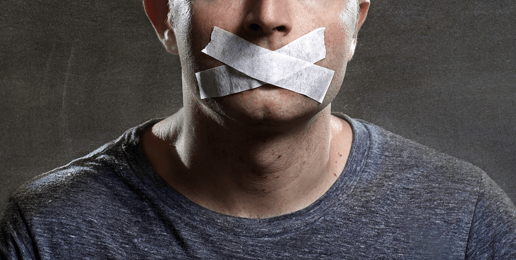 For those who have still not come to grips with this, let these recent examples jar you.

It is bad enough that states have been passing legislation banning counseling for minors struggling with same-sex attraction, even if they have their parents’ backing. But now, there are reports that some states are considering banning such counseling for people of any age. (I was informed of this last week by a Christian counselor in California.)

In other words, it could be illegal for a 30-year-old man with unwanted same-sex attractions to go for professional counseling that focuses on helping him deal with and even overcome these attractions. This is a monstrous violation of individual freedom, not to mention a serious misrepresentation of scientific data, as if all “conversion therapy” was harmful.

Taking things one step farther, “A church in Michigan has come under intense attack this month [meaning, February] after posting on Facebook that it was holding a workshop at the church for girls who are struggling with essentially LGBT thoughts.”

So, not even a church is allowed to help its young people who struggle with unwanted same-sex thoughts. I guess freedom of religion and, even more fundamentally, freedom of self-determination only goes so far. How dare a church do such a thing!

The pastor Jeremy Schossau, stated that, “‘It is hard to believe how much vile filth has been sent our way,’ adding that many of the emails contained gay pornography. ‘We’re talking 10,000 emails and posts and messages and phone calls. It’s just been virtually nonstop.’”

Ah, the sweet, gentle voice of tolerance and diversity!

On a very different front, Pamela Geller explained to Milo Yiannopoulos that, “Google has scrubbed all internet searches . . . of anything critical of jihad and Sharia. So, if you Google jihad and you Google Sharia and you Google Islam, you’re going to get Islamic apologetics, you’re going to get ‘religion of peace.’ Whereas my site used to come up top, page one for jihad and Sharia or Islam, or JihadWatch did, you can’t find it now. They scrubbed 40,000 Geller posts of Google.”

She continued, “You know what? It’s Stalinesque.”

Geller wasn’t exaggerating, and her example is just one of many.

But all you have to do is label something as “hate speech” these days, and you can get it removed from social media in a hurry.

A friend of mine had his Facebook page shut down for sharing Bible verses about homosexual practice – I mean verses without commentary.

Another friend had his Facebook page shut down for posting medical data about the health risks associated with homosexual practice.

These are just two examples out of many more, where colleagues have been warned, if not censured and then censored.

Even Joe Rogan, hardly a conservative activist, noted how “squirrely” things have become with “hate speech” labelling on social media. (The context of his comment was his interview with Douglas Murray, himself anything but a conservative activist, noting how Murray’s discussion with atheist Sam Harris was somehow labelled hate speech, thereby in violation of Twitter’s community guidelines.”)

Over at Harvard University, a Christian club has been penalized for daring to live by its biblically-based code for leaders. As reported by Todd Starnes, “A well-respected Christian student organization at Harvard University has been placed on probation after they allegedly forced a bisexual woman to resign from a leadership position for dating a woman.

“The Crimson reports that Harvard College Faith and Action was put on ‘administrative probation’ for a year. The group is largest Christian fellowship on campus.”

By why ask logical questions? The left wants to enforce its intolerant groupthink on everyone else. Leftist tolerance is a myth.

Just consider the recent debate on gun control in the aftermath of the tragic shooting in Parkland, Florida. Regardless of which side of the debate you’re on, was any tolerance shown to Dana Loesch (representing the NRA) at a CNN-sponsored town hall? Not only was she called a murderer and bad mother, but Jake Tapper actually asked her if she and her husband had security to escort them out of the building.

Is it stretching things to imagine that there could have been physical violence against Loesch? We’ve already seen how violent the left can get at places like Berkeley, where “punch a Nazi” becomes the rallying cry.

This doesn’t mean that we respond with violence and anger. God forbid.

But it does mean that we start speaking up more loudly, clearly, fearlessly, and persistently. And in the appropriate ways, as with the new “Internet Freedom Watch” initiative announced by the NRB (National Religious Broadcasters), we fight back.

This article was originally published at AskDrBrown.org

Why the Heavy-Handed Mandate Bullying?
b
a
x
r