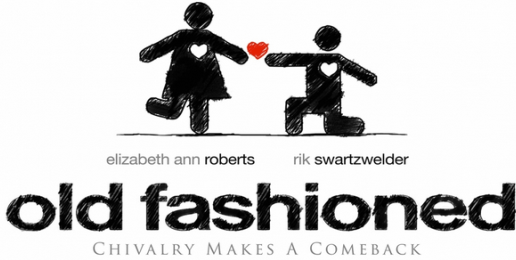 Is True Romance Totally Dead in the World of Hollywood?
02.11.15
PRINT

Old Fashioned is the polar opposite of Fifty Shades, which should interest not only Christian audiences, but also perhaps anyone hesitant to subject themselves and loved ones to a big screen glorification of sadomasochism. In all actuality, this programming choice is putting love in a side-by-side contest with lust.

Old Fashioned is the story of Clay Walsh (played by the film’s writer/director/producer Rik Swartzwelder), an antiques dealer who is shy, guarded and moralistic. When a new girl, Amber Hewson (Elizabeth Ann Roberts) arrives in his small Midwestern town, she’s intrigued by his faith in God and his convictions.

Through the story, the film reveals the flaws of both characters and the emotional healing they can provide to each other.

The story may sound familiar but the film offers well-developed characters and a charming, compelling story. Walsh delivers some of the film’s best lessons, both through his spoken convictions and his backstory, which offers a glimpse of how he arrived at them.

Because of those convictions, Walsh has to make some hard choices, such as not being alone with a single woman or even walking out on a bachelor party offered for one of his friends. These are real-life dilemmas and it’s refreshing to find a main character in a film choosing the high road. In Old Fashioned, younger viewers will find a solid but counter-cultural approach to romance with principles that will help them avoid their own mistakes. Older ones will enjoy seeing romance kindled in the lives of the likable main characters.

If Old Fashioned is to be judged simply as a movie alone, it would pass the test. It is well-produced, well-acted and well-written. However, as a player in a cultural standoff, like “David and Goliath” as Swartzwelder has proclaimed, it serves a much bigger purpose—to show the world it doesn’t have to follow the road of self-gratification. Like God’s Not Dead or Left Behind, even a moderately successful run will send shock waves through the culture. It’s definitely a movie—and a cause—worth getting behind.