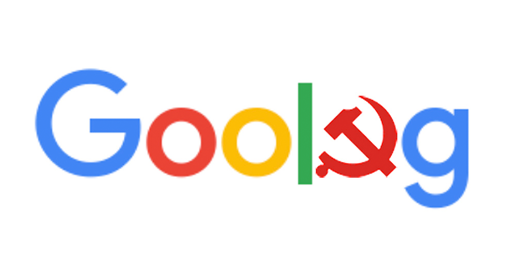 It is true that Google is not imprisoning dissenters in a vast network of prison camps, similar to what Alexander Solzhenitsyn described in The Gulag Archipelago. But there is a good reason that retired NYU professor Michael Rectenwald titled his 2019 book Google Archipelago: The Digital Gulag and the Simulation of Freedom. The reach and power of the social media giants is frightening. It is with little exaggeration that the owners of Google (which includes YouTube) and Facebook and Twitter are called “the masters of the universe.” Their domination must be challenged – while it can be.

The recent elections have provided stark and shocking proof of the power of these internet giants, dwarfing any concerns about voter fraud. The influence that Big Tech had over the elections was far greater, illustrated in the censoring of the Hunter Biden story, with the help of the mainstream media.

According to one survey, had more Americans known about the alleged scandal, some would not have voted for Joe Biden. That alone would have tipped the scales in Trump’s favor. Added to this (again, with the enthusiastic help of the mainstream media) was the failure to report on Trump’s many positive accomplishments. According to this same survey, had more voters been aware of the good Trump had done, some would have changed their vote.

What Big Tech has done, though, is absolutely brazen. “You will report our version of the news,” they are basically saying, “or you will not report at all.”

And for the most part, when we search for news online, we don’t even realize we are being manipulated. Google will show us what it wants us to know, not just the most relevant information.

We are being programmed and indoctrinated and we haven’t a clue that it’s happening.

Is not this like the reach of the Gulag? Is not this more similar to totalitarianism than to our supposedly free and open country?

Big Tech (specifically Twitter) shut down the account of The New York Post, one of the nation’s leading and oldest newspapers. That’s right. They shut their account down for daring to report on the Hunter Biden laptop. How can this be?

But it gets worse. Big Tech (again, Twitter) has taken on the president of the United States, censoring (or, at least filtering or commenting on) his own tweets.

Let that sink in for a minute.

If Big Tech is not afraid to take on the most powerful man on the planet – and one of the most fearless and even vindictive as well – what makes you think it will not try to take us on as well, not to mention shut us down?

And now YouTube has announced that it will remove all videos that dispute the results of the elections, even while legal challenges are still being processed in the courts. In the same way, YouTube has removed videos with different takes on COVID-19, even if those videos come from experts in their field. “Thou shalt not dissent!” is the word for the hour.

The purge is on — full steam ahead.

To this moment, every post that my team puts on Facebook that has anything to do with the elections, however remotely, appears with a link to the election results, courtesy of Big Tech.

To this moment, virtually every video we post on YouTube, regardless of content, gets flagged immediately, forcing us to request a manual review. And even though the vast majority of the videos are approved for monetization, why are they flagged in the first place? Based on what?

Other colleagues of mine have not fared so well, having their entire library of videos removed from Vimeo (they dared question the “gays are born that way and cannot change” narrative).

Others have had their Facebook pages shut down for posting verses from the Bible that spoke against homosexual practice or, within the last two weeks, for exposing Facebook’s anti-conservative methodology.

What, then, is the solution?

First, Congress needs to continue to hold the feet of Big Tech leaders to the fire, exposing unequal practices that violate their terms as platforms (rather than publishers). And where there are monopolies that need to be broken up, so be it. (I’m not a legal expert; others will have to parse these details.)

Second, we need to continue to develop viable, alternative platforms and search engines. This is happening already, but it will take some time to catch up to the massive numbers of Big Tech.

Third, rather than simply fleeing the platforms that are seeking to shut us down, we need to flood those platforms with good, godly, truthful content.

Get the word out. Push the envelope. Challenge the system.

I have often pointed to the words of the courageous, German Christian leader Basilea Schlink, penned in the aftermath of the destruction of World War II. She wrote,

“We are personally to blame. We all have to admit that if we, the entire Christian community, had stood up as one man and if, after the burning of the synagogues [on Krystallnacht, November 9, 1938], we had gone out on the streets and voiced our disapproval, rung the church bells, and somehow boycotted the actions of the S.S., the Devil’s vassals would probably not have been at such liberty to pursue their evil schemes” (see her book Israel, My Chosen People).

Let us, then, do the equivalent of going out on the streets and voicing our disapproval and ringing the church bells. (And again, I recognize that Big Tech is not imprisoning us or, in this example, behaving like violent Nazis. It is our response I am focusing on.)

Let us post gospel truth on every social media outlet we have. Let us stand up for righteousness and get our message out. And let us oppose censorship when it raises its ugly head.

The issue is one of freedom.

Google and its cohorts can only become more Gulag-like if we let them.

We cannot and we must not. Let us shout together, “Freedom!”

Is China Using TikTok to Control the Minds of Our Children?