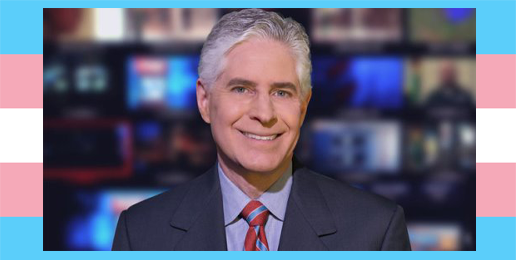 Yesterday, Larry Yellen of Fox News 32 Chicago sought a comment from IFI for a segment he was doing on Trump’s “transgender” tweet.

Here are the comments that were included in Yellen’s segment from opponents of Trump’s ban on gender-dysphoric men and women serving in the military:

IFI sent this statement to Yellen:

Gender dysphoric men and women who wish they were the opposite sex seek to force all citizens to pretend that subjective, internal feelings about one’s sex are more important than objective, immutable biological sex. They seek to force all of society to treat them as if they are the sex they are not. They also seek to serve openly in the military, which means impersonating and being housed with persons whose sex they do not share. That is a violation of the rights of the men and women who serve every American and every non-citizen who lives in this once-great nation. It’s outrageous that the military stood poised to force men and women who are willing to sacrifice their lives for us to suffer the indignity of showering and toileting with persons of the opposite sex.

Never in the course of human history has a society denied the reality, immutability, and meaning of the sexual binary. Subjective feelings do not trump reality. No matter how Americans feel about President Trump, his tweets, or his positions on other issues, the position he expressed this morning is something for which all Americans who care about the military should be thankful.

This is what Yellen’s segment included from IFI’s statement:

“All Americans who care about the military should be thankful.” (10 words)

So much for fair and balanced.

IFI did not expect our entire statement to be included but maybe two sentences, one of which would have addressed the substantive privacy issue. And perhaps if IFI were to be the only conservative voice included in the segment, Fox could have included even four sentences, which would still have been only half the number of words allotted to “progressive” voices.

Here are some thoughts about the comments made by “progressives” in Yellen’s segment:

Your voice for pro-family values in Illinois!