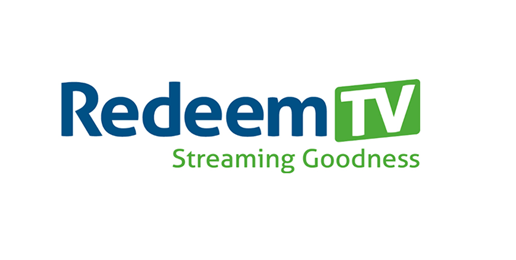 A March 2022 article by comparitech.com reported that “the average American spends seven hours and four minutes looking at a screen every day.”

The same article also highlighted the fact that most Americans, 93.5%, “will use the internet to stream their favorite TV shows and movies.”

To say that people are inundated with filth in media today would be an understatement.

Because of the overwhelmingly media-saturated culture, one Christian ministry decided to offer alternative programming because so much of what is offered on other platforms is untrustworthy and offensive.

Having been around for 50 years, Vision Video is a familiar name in the Christian film industry, but as Bill Curtis, president of the company, became aware of the prominence of streaming, he knew he wanted to add a Christian presence there. Subsequently, Curtis debuted Redeem TV in March 2020.

Curtis, along with Rachel Hafner, marketing manager for Vision Video, spoke with The Stand about their new streaming platform.

The Stand: What is Redeem TV and what compelled you to offer this service?

Bill Curtis: Redeem TV is a donor-supported media streaming service. We have nearly 200,000 subscribers in 200 countries. Our primary goal is to serve families and children who are looking for wholesome, uplifting, enriching Christian media. As we became aware that DVDs were dying, we wanted a way to still be able to deliver the content we produce and distribute directly to homes for families.

TS: How is Redeem TV different from other similar streaming platforms?

BC: A major difference is that there’s no charge to sign up. It’s a free subscription. All that’s required is for the user to enter an email address.

There is additional content for donors, but only a small portion, and even that is eventually offered for free viewing. Most of the content is available at no charge.

TS: How are you able to provide content for free?

BC: Through our generous donors. People appreciate the service, and they want to support this kind of programming. We don’t require it, but we ask people to donate to support it, and enough do so that it makes it feasible.

I think people are beginning to wake up to big media corporations as they’ve come out publicly and stated what their intentions are and the kind of programs they want to provide.

TS: What kind of content can viewers expect to find on your platform?

Rachel Hafner: We have a wide range of content. We offer documentaries, family movies, kids’ shows, and dramas, just to name a few.

BC: To add to what Rachel mentioned, there will be Bible studies and biblical programs as well.

TS: Is the programming strictly Christian in nature?

BC: It’s not all specifically Christian, but it is all family safe.

For example, we just licensed the series Sue Thomas: F.B. Eye that aired on the PAX Network several years ago. That show was not specifically Christian, but it is family-safe entertainment.

We also have gospel-centered programming that challenges people to grow in their walk with Jesus.

TS: With many services, it is not necessarily the chosen show that’s the problem; it is the advertisements or commercials. With your service, would parents have any fear of inappropriate or objectionable commercials or ads?

RH: Redeem TV is ad-free. So there is no fear about what could be coming up in between any of the shows or things that you are watching.  What you click on is what you’re going to watch.

TS: Since Redeem TV is relatively new, only about two years old, are there any future plans or developments you would like to share?

BC: Our plans in the future are to continue to offer Redeem TV originals and to grow the customer base domestically and worldwide.

RH: Some exciting news is that with our popular show, Vindication, sort of a Christian version of CSI, we have a third season currently in production.

We also have two new series coming out. Chasing Revival just went live on the service in May. It explores how Christianity is spreading all over the world.

Our first original production, The Watchers, released in June. It examines the spiritual world of good versus evil and explores how evil is around us, but we may not be thinking of it in such a way.

TS: What kind of feedback have you gotten from current users?

RH: We have been blessed with lovely subscribers who vocalize their thoughts and feelings, and they have been quite positive and just thankful.

As Bill mentioned before, so much of mainstream media promotes and shows things that parents don’t approve of or would rather their kids not be exposed to.

So they’re just very thankful that they have the option to watch Redeem TV and be able to trust that what they’re showing their kids is going to be safe for their eyes and their ears to hear.

This article first appeared in the July 2022 print edition of AFA’s The Stand.