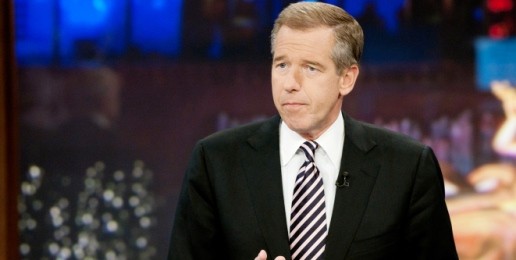 NBC News Managing Editor and Nightly News anchor Brian Williams has been suspended without pay for six months as a result of his superiors’ determination that he “misrepresented events which occurred while he was covering the Iraq War,” and also about concerns that occurred while he was “talking about his experiences in the field” outside of NBC News.

Will this affect Americans’ trust in the media? It could, but it’s important to keep in mind that such trust is already as low as it has been since Gallup began measuring it.

Each September we track a measure of trust in “…the mass media, such as newspapers, TV and radio — when it comes to reporting the news fully, accurately and fairly…” The accompanying graph shows the trend since 1997, with the “great deal”/”fair amount” of trust category dropping from as high as 55% in 1999 to a low of 40% both in 2012 and in 2014. 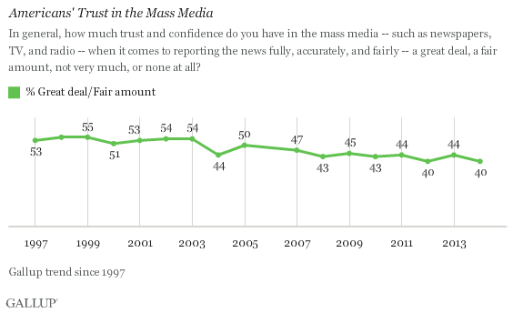 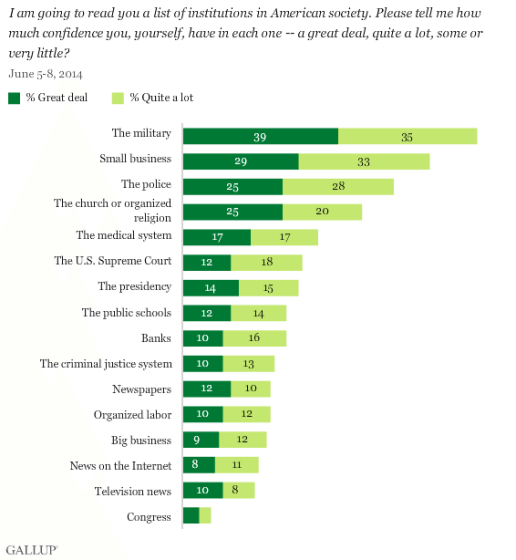 This 18% confidence rating in television news is the lowest on record since Gallup began tracking it in 1993, when confidence in this medium was at 46%.

Thus, this latest media controversy has played out in the context of pre-existing and declining trust in the mass media and in television news. The Williams situation will reinforce this existing and negative perception of news media and may possibly accelerate that trend — unless the fairly rapid action by NBC News executives to remove Williams from the air encourages some Americans to believe that the base news organizations themselves retain a commitment to accuracy.

One of the contextual issues here is the impact of efforts by television news producers to stem the decline in their programs’ ratings. Either formally or informally, producers of television news shows have clearly decided that so-called straight news isn’t enough to deter the erosion of viewers. These producers have increasingly turned to efforts to enhance the news with what they hope will be a more enticing entertainment focus. ABC World News Tonight, for example, spends the back-end of its 30-minute broadcast on soft news — larded with eye-catching video, lifestyle and celebrity stories, and much else that is far from what one would have seen in the old Peter Jennings days. Brian Williams himself, no doubt, reasoned that his appearances in non-news settings such as the Late Show with David Letterman broadened his appeal beyond just those who traditionally seek old-fashioned hard news. Of course, as has been discussed in great detail, appearing in these types of entertainment venues demand that one be entertaining, which in turn can lead to a desire to develop arresting and attention-grabbing anecdotes and stories from the field.

The Williams situation didn’t involve specifically liberal versus conservative issues. We know, however, that there has been an increasing divide in trust in the mass news media across partisan lines. Republicans are now half as likely as Democrats to say they trust the mass media to report the news fully, accurately and fairly. 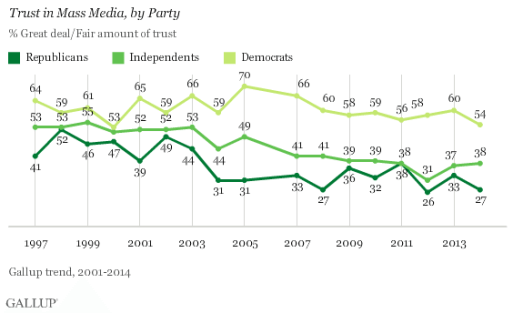 In theory, mainstream networks and their news departments can position themselves as a few of the remaining non-ideological news outlets — eschewing, as they have, the temptation to hunt down ratings by catering to one side of the ideological spectrum or the other, as is the case for cable news channels and radio talk shows.

Brian Williams’ problems probably don’t help the networks if this is the way they are intending to go. His actions were not explicitly ideological, as noted, but they are most likely going to reinforce the existing negative views of the mainstream media, including network television news, among Republicans and independents, and may depress these views among Democrats as well.

Frank Newport, Ph.D., is Gallup’s Editor-in-Chief. He is the author of Polling Matters: Why Leaders Must Listen to the Wisdom of the People and God Is Alive and Well.

This article was originally posted at the Gallup website.