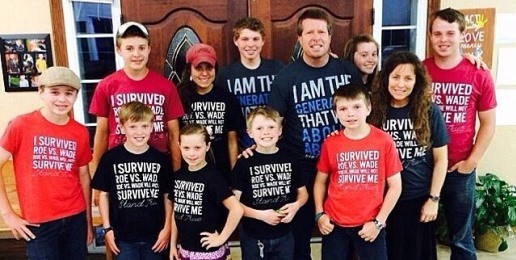 The Duggars are strong Christians who have taken a stand for life, abstinence before marriage, and one man/one woman marriage. Liberal activists, however, took exception to those beliefs and launched a national petition drive against them and their series on TLC. That petition, hosted on Change.org, had drawn more than 180,000 at press time.

American Family Association executive vice president Buddy Smith spoke with OneNewsNow about the ultimate outcome of that liberal push and his own group’s online petition in support of the Duggars.

According to the AFA spokesman, more than 160,000 people signed the AFA petition. “This just goes to show when Christian people pray together and stand together that we can and we do make a difference,” he states.

Smith is grateful that the Christian community took a stand and came to the defense of the Duggars and the number-one show on TLC.

“Here’s the reason that the left did not win,” he explains. “It’s because Christian people cared enough to step up and just say Wait a minute. This is not right and this family is out there standing firm for their faith and for truth and for values that only serve to strengthen our nation – and so we’re standing with them.“

A similar petition launched by LifeNews.com just before Thanksgiving also brought attention to the push by liberal activists to pressure TLC to cancel the Duggars’ program. That petition drew more than 32,000 signatures.