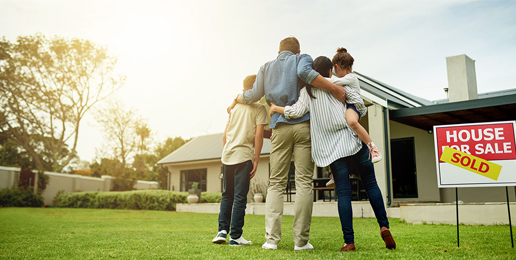 President Trump caused a stir in July when he issued an order terminating some Obama housing policies aimed at killing off the suburbs.

“The [Democrat] plan is to remake the suburbs in their image so they resemble the dysfunctional cities they now govern,” he wrote in a recent Wall Street Journal column jointly authored with Housing and Urban Development Secretary Benjamin Carson. “As usual, anyone who dares tell the truth about what the left is doing is smeared as a racist.”

Meanwhile, Joe Biden and Kamala Harris are doubling down. Their plan, costing $640 billion over 10 years, would unleash a tsunami of social engineering.

As the Biden website proclaims, “Housing is a right, not a privilege.”

Everybody needs a home, no doubt about it.  The question is how best to ensure liberty and encourage home ownership while still making sure the poorest have a place to live.  America’s “safety net” of welfare and public housing provides minimal needs, but it’s also created a permanent underclass of fatherless families. The Democrats’ war on marriage was tailor-made to create a dependent, Free Stuff Army.

Once-thriving cities have huge areas where it’s not safe to go even in the daytime. Newly elected Democrat district attorneys financed by George Soros have abandoned the “broken windows” method of curbing crime and are reaping the whirlwind.  BLM mobs are still rioting.

It’s no secret why millions of people, including minorities, have moved to the suburbs. They want a safer, better quality of life.  But the Democrats, motivated by extreme environmentalism and political ambitions, want to force urban patterns on the burbs.

Mr. Biden says he is going to ensure that “every American has access to housing that is affordable, stable, safe and healthy, accessible, energy efficient and resilient, and located near good schools and with a reasonable commute to their jobs.”

That’s sweeping. Maybe he should ask the Communist Chinese how to go about achieving this. They move millions of people around to where they want them.

The Biden scheme includes expanding the Community Reinvestment Act.  That was the Bill Clinton/Barney Frank law forcing banks to issue mortgages to people who could not afford them.  It triggered the collapse of the stock market and the Great Recession.

So, now Mr. Biden wants to apply it “to mortgage and insurance companies.”  This would create more ways to pressure lenders to issue toxic mortgages.  If only we had some experience as to how this sort of thing turns out.  Maybe Mr. Biden could get Barney Frank to run it.

The sneakiest part of the Democrat housing plan is to use zoning laws to end suburbia as we know it. “It will be as if America’s suburbs had been swallowed up by the cities they surround,” social anthropologist Stanley Kurtz wrote recently in National Review.

“They will lose control of their own zoning and development, they will be pressured into a kind of de facto regional-revenue redistribution, and they will even be forced to start building high-density low-income housing.”

Are all those suburban moms who supposedly are going to vote Democrat in November listening?

Some jurisdictions are already going down this road.  In January, Minneapolis, where the city council has also decided to disband the police department, became the first major city to ban zoning for single-family homes.

Mr. Frey, if you recall, was shocked that he was shouted down by rioters during his foray into the war zone that BLM and Antifa created in the wake of George Floyd’s death.  He refused to say he would defund the cops, but did bemoan a “systemic racist system.”

This guy is doing his best to turn Minneapolis into a mob-ruled version of Stalingrad. You’d think the mob would show more gratitude.

Minneapolis is not alone.  In 2019, the state of Oregon banned single-family zoning in cities with more than 10,000 residents.

Senate Bill 50, sponsored by San Francisco Democrat Senator Scott Wiener, has been endorsed by the leftist mayors of Oakland, Sacramento, San Jose, and San Francisco.  Wonder if a fourplex will rise someday behind Nancy Pelosi’s mansion?  She could wave to the neighbors while scarfing down some of that $12 a pint ice cream from her giant freezer.

As for the Democrats’ lust for power over housing, letter-to-the-editor writer Roger Ruvolo put it this way in the Wall Street Journal:

In the Democratic vision of the future, antireligious automatons will live in small ‘multifamily’ units stacked sky high next to bus or train stations.

This election is no more about President Trump than it is about Vice President Biden; it’s about freedom, or not.