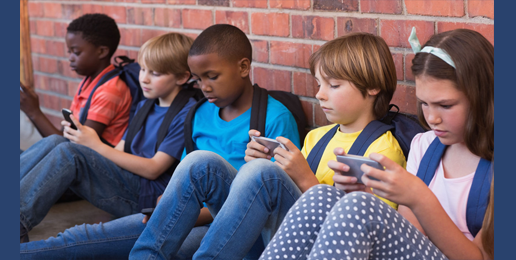 Jean Twenge is a researcher who has looked at data on over 11 million youth as part of a new generational study.  The millennial generation is timing out as a new, unnamed generation appears.  These young people could be called the smartphone generation born around 2000.  Today’s 18 year olds are the first to grow up spending time much differently than generations before them, due in large part, to the rise of the iPhone.

Twenge has called them iGen.  In fact, she has written a book based upon her study of today’s youth titled:  “iGen: Why Today’s Super-Connected Kids are Growing up Less Rebellious, More Tolerant, Less Happy – and Completely Unprepared for Adulthood.”

What makes this new generation different is that the smartphone has impacted every aspect of their lives.  This generation spends an average of 6 hours each day on screens texting, surfing the Internet and using social media.

The once favorite activities of youth, hanging out with friends, going to the mall, watching movies, or driving around, are all occurring at significantly lower rates than with even their millennial predecessors.

Twenge looked at what impact this behavioral change has had on youth, specifically, their mental health.  She found that today’s youth, who spend more time on screens, are more depressed and less happy than those who spent more time in person with friends.

She also found that social media isn’t that social.  Kids who spend a good deal of time on screens have lower interpersonal social skills than their predecessors.  They also read less and have more difficulty reading longer passages.  This may explain why SAT reading scores have fallen an average of 14 points since 2005.

Week-long fasts from phones and technical devices appeared to be helpful in creating happiness among youth according to this interesting report that you can read HERE.