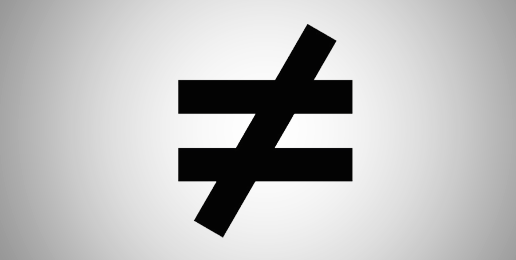 In pre-modern times, the disparity in men’s and women’s higher education opportunities was often defended by the view that women’s education would be wasted because they’d end up “just being mothers.” Of course, we now recognize that a mother’s education plays a vital role in the education of her children and, thus, in the welfare of the community and society as a whole.

Today, when women comprise 57 percent of all undergraduates (as compared to only 42 percent in 1970), there is a new twist on inequality, and it shows up prominently among Millennial women. More Millennial mothers (ages 26-31) are single than married. Only a third of all mothers in their late twenties and early thirties are married, and the determining factor has been known by scholars and researchers for quite a while. Now the difference between single motherhood and married moms is becoming more widely recognized: the less education a young woman has, the higher the likelihood that she will have a child outside of marriage, which is pretty much a one-way ticket to poverty (the poverty rate of children under five years of age living in female-headed households is 57 percent). The other side of this equation is that those moms who are educated have a much higher probability of being married before having a child.

By now, everyone should know the realities that single parenthood is disastrous financially for young women and has predictable, well-known risks for children of single mothers. Yet public discourse continues to focus on “inequality” as the nebulous concept “polarizing” the nation and can only be reversed by expanding government programs and increasing entitlements. Hardly anyone escapes the abundant evidence of the failures of single parenting all around us —— from unruly and unprepared children in the school classrooms to belligerent fatherless boys terrorizing neighborhoods to abused and neglected children in emergency rooms to harried moms and wild kids at the local Walmart. Single mothers are the first ones to say that they can’t do the 24/7 job of parenting all alone, and while many are heroic, even more have given up and “go with the flow.”

A new Johns Hopkins study was just popularized in Time magazine. Using data from the National Longitudinal Survey of Youth (widely known as the NLSY97 — U.S. Bureau of Labor Statistics, 2005), the study found that among those who were in their teens and twenties in 1997, 81 percent of all births reported by women and 87 percent of births reported by men occurred to non-college graduates and that 57 percent of those births were outside of marriage. In addition, 64 percent of those women and 63 percent of those men had at least one child outside of marriage. Among those without a four-year college degree, the figure rose to 74 percent among women and 70 percent among men. “It is now unusual,” the report stated, “for non-college-graduates who have children in their teens and twenties to have all of them within marriage.” The implications of that fact are profound for American culture and society; they are highly significant regarding the “growing social class inequalities in family patterns.”

The original scholarly article is quite clear: this “distinctive fertility regime in early adulthood reinforces the growing social class differences in American family life.” The authors are unequivocal about the fact that “nonmarital fertility is associated with greater relationship instability and family complexity… [that] reinforces family inequalities between the non-college graduate and college-graduate populations.”

The evidence regarding the effects of the ongoing dismantling of the traditional family structure for alternative arrangements since the 1960s sexual revolution pervades the social science research, yet public policy lags behind, and the nation’s leaders continue to pretend that the decline in marriage is not the primary cause of social and financial inequality. As the Time article put it, “Motherhood is beginning to show the fissures along income and education lines that have already appeared in other aspects of U.S. society, with a small cluster of wealthy well educated people at one end (married with kids), a large cluster of struggling people at the other (kids, not married) and a thinning middle.”

The bottom line of the Johns Hopkins study is that those unmarried parents who live together tend to break up during the very stressful first years of parenting; the enormous growth in this choice by today’s young adults gives sad validity to what the sociologists call the “multi-partner fertility” and the popular culture calls multiple “baby mamas.” It is long past time for America’s opinion leaders to face up to a harsh reality: the liberals’ myth that all types of families are equally viable (if only we pour enough money into government programs to support them) has produced a toxic brew of family instability, complex family dynamics, and constant changing household structure leading “to the calcification of social inequality.”

That’s a fancy way of saying that unwed parenting is disastrous for women and children, and even worse for American society — a society that is fraying at the seams from the exorbitant costs, not just in terms of ruinous government expenditures but, more importantly, the creation of a vast army of children whose living conditions stunt both their potential for personal achievement and for making a contribution to their community and the rest of society.

This article was first published on the American Spectator website.