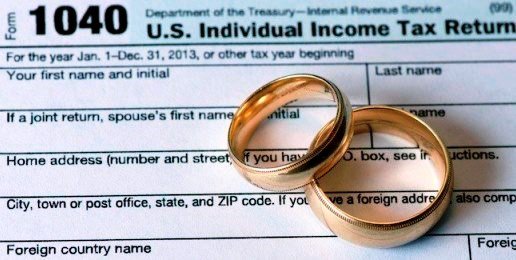 There is often a lot of talk about taxes during the month of April.  This year there is also some discussion of how the new Trump Administration might seek to change tax policies.

One of the too often overlooked groups carrying a disproportionately heavy tax burden in America today are married couples.  A new study from the Pew Research Center notes that even though marriage has been declining over the past 40 years in the United States, married couples still pay a lop-sided share of income taxes.

While there is inequality in our tax system, and our tax policies should not punish something as critical to a healthy society as marriage, there is also a good reason for the disparity not often recognized in our culture.  The economics of marriage are tied to higher levels of income (and education). Therefore marrieds are more likely to pay income taxes than their single counterparts.

“Because marriage is associated with income pooling, more savings, and better economies of scale, marriage is also linked to more prosperity, net of men and women’s other background characteristics. Married families are also less likely to experience income insecurity and poverty. All these factors help explain why the married tend to pay more in taxes than the unmarried, and why married families are less likely to depend on the government for financial support.”

With all the well-documented social and economic benefits of marriage and children raised by a married mom and dad, government policies should avoid discouraging couples from marrying by excessively burdening married families with taxes.

No Taxation without Moderation
b
a
x
r