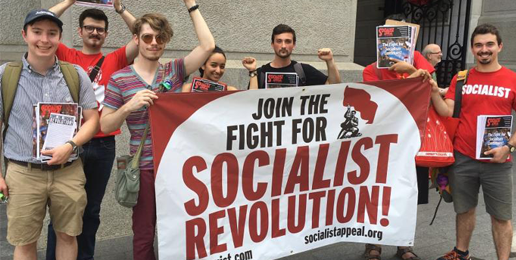 A recent survey has found 70 percent of Millennials say they are likely to vote for a Socialist. The survey conducted by the Victims of Communism Memorial Foundation also found just one in two have a favorable view of Capitalism.

The Foundation’s executive director attributed the findings to this generation’s lack of educational awareness. “The historical amnesia about the dangers of Communism and Socialism is on full display in this year’s report,” said Marion Smith. “When we don’t educate our youngest generations about the historical truth of 100 million victims murdered at the hands of communist regimes over the past century, we shouldn’t be surprised at their willingness to embrace Marxist ideas.” The survey showed 72 percent of Americans did not know Communism killed more than 100 million people in 100 years.

More than a third of Millennials (36 percent) view Communism favorably, and 22 percent believe “society would be better if all private property was abolished.” Fifteen percent believe the world would be a better place if the Soviet Union still existed.

Despite the latest crackdowns on freedom of speech in China and Hong Kong, just over half of Generation Z (57 percent) and nearly two-thirds of Millennials (62 percent) believe China is a communist country.

The survey reader does wonder about these generation’s interpretations of the concepts of freedom and liberty when discovering just over half (57 percent) of Millennials believe the Declaration of Independence better guarantees freedom and equality over the Communist Manifesto.

Democrat presidential candidate Bernie Sanders is open about his socialist politics as are several other Democrat party members including Rep. Alexandria Ocasio-Cortez (NY). Both are popular with Millennials and Gen Z as are the socialist programs promoted by the Democratic Party.

The late British Prime Minister Margaret Thatcher said, “The trouble with Socialism is that eventually you run out of other people’s money.” It’s to be determined if the younger American generations will heed that warning or learn the lesson.