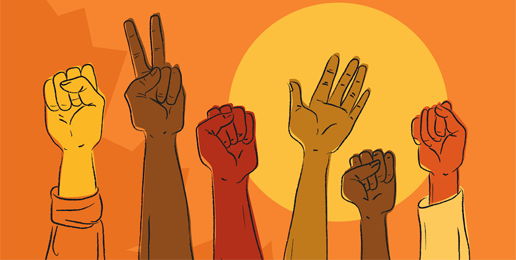 Last year, I spoke to a Soviet-born scholar who teaches in an American public university. I’m using a quote from our discussion in my forthcoming (September) book, Live Not By Lies. This morning, she sent me this e-mail, which I reproduce here with her permission:

I know from your blog that the work on your new book is going well and I’m glad because, boy, it’s so needed. I’m observing some disturbing developments on my campus, and we are really not one of those wokester schools for spoiled brats one normally associates with this kind of thing.
This academic year I’ve had an opportunity to work with some early-career academics. These are newly-minted PhDs that are in their first year on the tenure-track. What’s really scary is that they sincerely believe all the woke dogma. Older people – those in their forties, fifties or sixties – might parrot the woke mantras because it’s what everybody in academia does and you have to survive. But the younger generation actually believes it all. Transwomen are women, black students fail calculus because there are no calc profs who “look like them,” ‘whiteness’ is the most oppressive thing in the world, the US is the most evil country in history, anybody who votes Republican is a racist, everybody who goes to church is a bigot but the hijab is deeply liberating. I gently mocked some of this stuff (like we normally do among older academics), and two of the younger academics in the group I supervise actually cried. Because they believe all this so deeply, and I’d even say fanatically, that they couldn’t comprehend why I wasn’t taking it seriously.
The fanatical glimmer in their eyes really scared me.
Back in the USSR in the 1970s and the 1980s nobody believed the dogma. People repeated the ideological mantras for cynical reasons, to get advanced in their careers or get food packages. Many did it to protect their kids. But nobody sincerely believed. That is what ultimately saved us. As soon as the regime weakened a bit, it was doomed because there were no sincere believers any more. Everybody who did take the dogma seriously belonged to the generation of my great-grandparents.
In the US, though, the generation of the fanatical believers is only now growing up and coming into its prime. We’ll have to wait until their grandkids grow up to see a generation that will be so fed up with the dogma that it will embrace freedom of thought and expression. But that’s a long way away in the future.
I’m mentoring a group of young scholars in the Humanities to help them do research, and I’m starting to hate this task. Young scholars almost without exception think that scholarship is entirely about repeating woke slogans completely uncritically. Again, this is different from the USSR where scholars peppered their writing with the slogans but always took great pride in trying to sneak in some real thinking and real analysis behind the required ideological drivel. Every Soviet scholar starting from the 1970s was a dissident at heart because everybody knew that the ideology was rotten.
All of this is sad and very scary. I never thought I’d experience anything worse, anything more intellectually stifling than the USSR of its last two decades of existence. But now I do see something worse.
The book you are writing is very important, and I hope that many people hear your message.

Folks, Americans are extremely naive about what’s coming. We just cannot imagine that people who burst into tears in the face of gentle mockery of their political beliefs can ever come to power. They are already in power, in the sense that they have mesmerized leaders of American institutions. I’m telling you, that 2015 showdown on Yale’s campus between Prof. Nicholas Christakis and the shrieking students was profoundly symbolic. Christakis used the techniques of discursive reason to try to establish contact with these young people. None of it mattered. They yelled and cursed and sobbed. The fact that he disagreed with them, they took as an assault on their person.
And Yale University caved to them!
This stuff is so outrageous that we can’t wrap our minds around how these people will ever come to rule us. Listen to what these people who grew up under communism are saying!

“All the young are candidates for the solutions of communism or fascism when there are no alternatives to despair or dissipation.”

The religion of social justice is rushing in to fill the vacuum. Nice liberals, and nice conservatives, cannot allow themselves to think of where this might go. Solzhenitsyn knew better:

If the intellectuals in the plays of Chekhov who spent all their time guessing what would happen in twenty, thirty, or forty years had been told that in forty years interrogation by torture would be practiced in Russia; that prisoners would have their skulls squeezed within iron rings, that a human being would be lowered into an acid bath; that they would be trussed up naked to be bitten by ants and bedbugs; that a ramrod heated over a primus stove would be thrust up their anal canal (the “secret brand”); that a man’s genitals would be slowly crushed beneath the toe of a jackboot; and that, in the luckiest possible circumstances, prisoners would be tortured by being kept from sleeping for a week, by thirst, and by being beaten to a bloody pulp, not one of Chekhov’s plays would have gotten to its end because all the heroes would have gone off to insane asylums.

So did Dr. Silvester Krcmery, a Slovak Catholic lay leader in the underground church, who suffered isolation and torture in a communist prison for his faith and resistance. In the memoir he wrote after communism’s fall, Krcmery warned future generations that the past could be prelude to the future if they were not vigilant:

We are so often naive in our thinking. We live, contented and safe, with the idea that in a civilized country, in the mostly cultured and democratic environment of our times, such a coercive regime is impossible. We forget that in unstable countries, a certain political structure can lead to indoctrination and terror, where individual elements and stages of brainwashing are already implemented. This, at first, is quite inconspicuous. However, often in a very short time, it can develop into a full undemocratic totalitarian system.

Hannah Arendt, in her 1951 study The Origins of Totalitarianism, said these factors in German and Russian society made them susceptible to Nazism and Bolshevism, respectively:

If you think we’re not going on full-tilt on these things, you aren’t paying attention.

UPDATE: Some people seem to think that the Arendt list is somehow faulting the Left. It’s not, at least not intentionally. She said these factors were present in both Germany, which went to the hard right, and Russia, which went to the hard left. I think these factors are present in our society, period. Some of them are stronger on the Left, it is true, but I think they’re all simply present. Is loneliness a Right or a Left thing? Is social atomization?

Rod Dreher is a senior editor at The American Conservative. He has written and edited for the New York Post, The Dallas Morning News, National Review, the South Florida Sun-Sentinel, the Washington Times, and the Baton Rouge Advocate. Rod’s commentary has been published in The Wall Street Journal, Commentary, the Weekly Standard, Beliefnet, and Real Simple, among other publications, and he has appeared on NPR, ABC News, CNN, Fox News, MSNBC, and the BBC. He lives in Baton Rouge, Louisiana, with his wife Julie and their three children. He has also written four books, The Little Way of Ruthie Leming, Crunchy Cons, How Dante Can Save Your Life, and The Benedict Option.

This article was originally published at TheAmericanConservative.com.