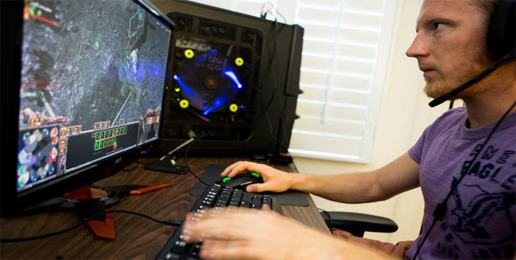 The election of Donald Trump was often attributed to a reaction to the declining economics of middle-aged men.  However, a new study of young men finds that they have their own share of economic struggles today, too.   According to data from the National Bureau of Economic Research:

“Between 2000 and 2015, market hours worked fell by 203 hours per year (12 percent) for younger men ages 21-30, compared to a decline of 163 hours per year (8 percent) for men ages 31-55 . . . Not only have hours fallen, but there is a large and growing segment of this population that appears to be detached from the labor market. 15 percent of younger men, excluding full-time students, worked zero weeks over the prior year as of 2016. The comparable number in 2000 was only 8 percent.”

The Institute for Family Studies points out that only 12 percent of non-working younger men are married, or live with a partner and a smaller fraction report living in a household with a dependent child. Many young men are still living at home or receiving assistance from their parents.  A generation or two ago, things would have looked quite different. Men were forced to grow up more quickly by becoming husbands and fathers, with wives and young children who depended on them financially and otherwise.

This means more personal freedom for the average 20-something man today.  However, it also means that without work or a family to hold them accountable, these young men are free to “game” away their time. They are also increasingly unmoored from things, like marriage or faith that would have sustained the hard and unpredictable lives of the blue-collar men who came before them.

Video games may be more cool and advanced than ever before, but can they offer the long-term happiness that previous generations of men found in hard work, personal community, marriage and faith?

This article was originally posted by AFAIN.net.

Christians Who Undermine Their Christian Witness

UNESCO: Indoctrinating Humanity With Collectivist ‘Education’
b
a
x
r