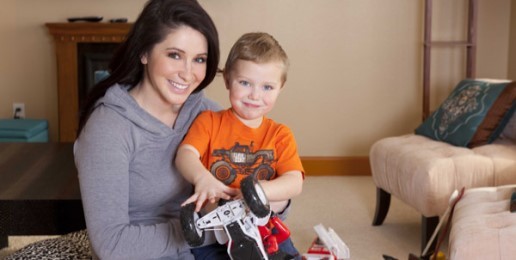 Opinion: Bristol Palin is Neither a Hypocrite Nor a Liar
07.11.15
PRINT

Bristol Palin is facing stiff criticism in the wake of her announcement that she is pregnant for a second time — and still unmarried. She is being called a hypocrite due to her work as an abstinence advocate for the Candie’s Foundation. Palin denies ever being paid as an “abstinence spokesperson.” Posting evidence online to the contrary, her detractors now say that she is not only a hypocrite but also a liar.

Bristol Palin is right. She is neither.

The Candie’s campaign was titled: “Pause Before You Play.” In one video, Palin tells her male suitor that she hopes he is “committed to safe-sex.” She later states, “I’m worried about you and you practicing safe-sex” to which he replies, “I practice a whole lot” as he pulls out a wad of condoms to prove he is “practicing safe-sex.” Palin then responds:  “Pause before you play.”

So Palin’s not lying. That’s not an abstinence message. It’s actually the “safer-sex” message promoted by her most strident critics. Calling this an “abstinence” campaign gives abstinence a bad name. It’s like someone buying a knock-off Coach purse on a New York sidewalk and then complaining about the poor quality. This is why we have trademark laws. Too bad we can’t trademark “abstinence” to combat the forgeries.  Palin was not an abstinence spokesperson.

In Candie’s defense, they don’t claim to promote “abstinence” or “marriage.”  Their low-bar threshold is simply “to delay pregnancy,” a standard which, by the way, Palin achieved.

In addressing her critics, Palin defends herself saying that Candie’s is  “a teen pregnancy prevention non-profit and I worked for them when I was 18 and 19… However, I’m not 17 anymore, I am 24. I’ve been employed at the same doctor’s office for over six years now; I own a home; I have a well-rounded, beautiful son.”

See. She did it. She’s not a teen anymore. She delayed her pregnancy, just as the Candie’s campaign said. She’s no hypocrite.  Seriously.

But this is the problem. Too many teens have received and followed Candie’s advice to delay pregnancy without being taught the value of waiting until marriage. Candie’s states:

“Each year millions of teens are exposed to the foundation’s message, which encourages them to delay pregnancy …  our goal is to influence teen culture.”

Last year, 882,398 babies were born to women in Palin’s age group (20-24).  Of those, 579,653, or two-thirds of those babies, were born to unmarried mothers. But Candie’s isn’t the only group pushing the “delay-sex-safe-sex” message that has been so detrimental to our young adult culture. Candie’s is just a tiny part of the anti-abstinence groupthink that pervades the media and much of the educational establishment.

Abstinence education does not teach teens to “delay sex” but rather to save all sexual activity for marriage. These are two distinctly different messages, as this episode illustrates. Abstinence programs encourage teens to finish school, pursue their career goals, and to reserve all sexual activity and childbearing for marriage. This proven formula provides the best hope for future outcomes and is vital in seeking to restore a culture of marriage and family in America.

According to the CDC most high school students are abstinent and teen pregnancies are at an all-time recorded low. Parents, pastors, and school administrators can encourage this trend by avoiding gimmick campaigns and providing their students with true abstinence-until-marriage education.

Scott Phelps is executive director of the Abstinence & Marriage Education Partnership near Chicago and a co-founder of the National Abstinence Education Association in Washington D.C.

This article was first published by the Chicago Sun-Times.