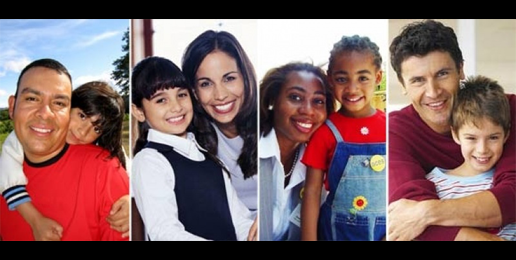 The article praised this finding as “women’s liberation from one narrow path” calling it “a good thing.”   But is it really a good thing that a majority of women believe one parent can do just as good a job as two when it is women and children who suffer the most from the decline of marriage in society?

A mountain of research has found that children, and parents, do better in a married relationship. One reason married parenthood is better is due to the stability it provides over other relationships.  For example, couples that marry before having children are far more likely to stay together than other living and parenting arrangements.

Women and children in a married home also have better physical security.  They have a lower risk of being exposed to domestic violence. Married women are less likely to experience physical abuse than single or cohabiting women.  Children are at the lowest risk for abuse when living with their married mother and father.  They are at the greatest risk for neglect and abuse when they live with an unmarried mother and her boyfriend.

Marriage is also the best means of attaching a father to his children, which is an important parenting connection.   As the American Academy of Pediatrics explained in a recent report:
“Fathers do not parent like mothers, nor are they a replacement for mothers when they are not at home; they provide a unique, dynamic, and important contribution to their families and children.”

Single parents can, and millions do, a good job of raising children, but as a society we should still promote the ideal with the lowest number of obstacles as the best form for child and family well being.