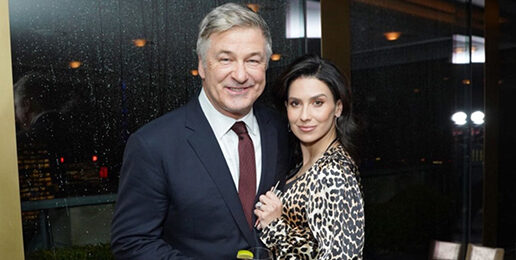 ‘Twas the week before New Year’s, when all through the house
No reporters were stirring, not even a louse.

They turned off their ‘puters and phones with great care
In hopes that celebrities soon would de-pair.

When from their i-Phones there arose such a clatter,
They sprang from their beds to see what was the matter.

Into the now-lit abyss of their phones
Dorsey and Zuck sucked in all the drones.

When what to their wondering eyes did appear—
Not Ellen—now Elliot—whose gender’s so clear.

But Spaniard Hilaria, a native Mallorcan,
Who oddly grew up in a suburb of Boston.

Shock, indignation, and fury arose
From the heads of reporters down to their tiptoes.

How dare could a person pretend to be thus—
Changing her name to deceive all of us!

But don’t even think about faking birthplace
That devious act will cause family disgrace.

Denying the sex assigned at one’s birth,
Is muy importante for joy here on Earth.

Remember these rules about reality:
It matters unless she should want to be he.

For years, she claimed she was from Mallorca, Spain and that her name is “Hilaria.” She also affected a Spanish accent, once pretending to forget the English word “cucumber” in a television appearance. As of this writing, she continues to claim she moved to the United States when she was 19.

The truth—that is, that which corresponds to reality—is that she was born Hillary Hayward-Thomas in Boston to American physician/professor Dr. Kathryn Hayward and American attorney David Thomas. She attended high school at the expensive Cambridge School of Weston, graduating in 2002, the year before she claims she arrived on the shores of NYC from Espagne. Her parents retired to Spain in 2011 when Hillary was 27 years old. English is her native language.

Many leftists are outraged about Hillary’s commission of the mortal sin of culturally appropriating a Spanish identity. Social media is afire with brutal and often hilarious mockery of her deception, which, as mentioned, included adopting a new name and intentionally modifying her behavior to create the illusion that she is a native Mallorcan.

Meanwhile, men and women all around the country are adopting new names and intentionally modifying behavior to create the illusion that they are the sex they aren’t. They cross-dress and hire voice and movement coaches to teach them how to pass as the sex they aren’t. Not only are Americans forbidden to mock them, but they are also forbidden to say the emperors in ladies’ clothes are not empresses.

While leftists merrily “deadname” Hilaria Baldwin (“deadnaming” is the practice of referring to opposite-sex impersonators by their birth name—something forbidden by the Ministers of Truthiness), the moment diminutive actress Ellen Page assigned herself the sex of male, our gullible, so-called journalists scurried to their computers to scrub “Ellen” from history. With sparks flying from their lying fingertips, journalists replaced every occurrence of the name “Ellen Page” from the Internet.

Leftists forbid Hillary Baldwin to identify as a Spaniard even if she subjectively feels that her authentic self is Spanish. Even if she experiences a mismatch between the reality that she is a Bostonian and her internal felt sense that she is a Spaniard, tough luck. She was not born in Spain, so she is not and never can be a Spaniard.

If, however, Ellen Page and Chastity Bono choose to identify as men, we must all pretend they are men.

To be clear, in the Upside Down—the dark twisted un-reality where leftists are demanding we all live and move—it’s wicked to appropriate a Spanish ethnicity (i.e., Spanish-ness) but an unmitigated good for Bruce Jenner to appropriate woman-ness.

Just curious, what did Alec Baldwin know and when did he know it?