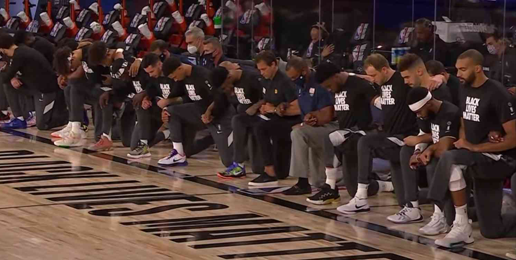 A recent Harris poll has revealed that 39% of self-identified sports fans have chosen to watch fewer NBA games this season, largely because the league has become overly politicized.

Following the pandemic-induced sports-drought, many expected a ratings surge for the return of basketball. Instead, even heading into the playoffs, viewership for the NBA has tanked.

Of those who acknowledged watching less of the NBA:

The ratings drop caught the attention of President Trump.

People are tired of watching the highly political @NBA. Basketball ratings are WAY down, and they won’t be coming back. I hope football and baseball are watching and learning because the same thing will be happening to them. Stand tall for our Country and our Flag!!!

The NFL kicks off its 2020 season next Thursday.