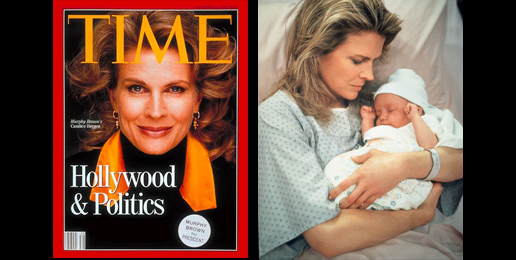 I hated being a single parent. Still do. I am sure my grown children agree that being raised by Homer Simpson was horrible. They are all healthy and productive members of society, despite being raised by an ogre, in no small part because of our extended family. Aunts and uncles caulked the gaps left by my inadequacies, sins and failures.

Family is not a reality show or a how-to series on cable. I had a whole family until my wife went home to Christ in 1998, leaving three small children in my charge and care.

I did the best I could. Without my wife, my partner, my best pal, my conscience and the loving womb of all three children, family became an exercise in frustration and disappointments. You cannot have it all without things being whole.  Almost is never good enough.

Our society and the cultural propaganda exerting its doctrines upon us have been harping and chipping away at traditional marriage and family integrity for decade. As a result, family becomes whatever we want it to be—composed of vampires, zombies or visitors from outer space.

Murphy Brown was a television show that was called “groundbreaking,” because it challenged thousands of years of human joy and happiness: “The show has been seen as blazing a trail for single-mother characters in Ally McBeal, Sex and the City, Desperate Housewives” that “benefited from Bergen’s character going through a political maelstrom so none of them had to.”

Well, that was Time Magazine’s Richard Zoglin and not Francis Parkman talking about real ground breakers.

Television—network and cable—controls the messaging. Love is polyamorous instant gratification. Sex has no consequence. Fathers are jokes.  Mothers are best when single. Children are malleable props. Disappointments and set-backs are the mean of destroying marriage. The heart wants what the heart wants.

Death happens. Widows and even widowers can do it alone through their vale of tears, but it is not easy and it’s far from ideal. The freely chosen legal cleaving of marriage that our society’s desire for instant gratification and aversion to pain recommend should be a last resort and only in the case of an abusive spouse.

This life can be and often is a vale of tears, but marriage makes it less so.  Thousands of years of husband and wife partnerships is really the ground-breaking rubric—notwithstanding the views of Norman Lear and HBO.