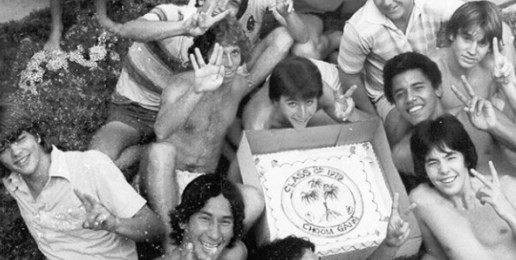 President Barack Obama’s assessment in his in-depth New Yorker interview that marijuana is less dangerous than alcohol is contradicted by scientific research.

An extensive four-decade study published in 2012 by the National Academy of Sciences showed marijuana can lower the IQ of young teenagers and may cause permanent mental impairment.

The research, which followed subjects from 1972 to the present, found that persistent users of marijuana demonstrated “neuropsychological decline from childhood to midlife.”

The international team, led by psychologist Madeline Meier of Duke University, concluded the most persistent users suffered an average eight-point decline in IQ between adolescence and adulthood.

In the New Yorker interview, Obama acknowledged he “smoked pot as a kid” but said he viewed it “as a bad habit and a vice, not very different from the cigarettes that I smoked as a young person up through a big chunk of my adult life.”

“I don’t think it is more dangerous than alcohol,” he said.

Asked if marijuana was less dangerous than alcohol, the president gathered his thoughts then stated it is less dangerous “in terms of its impact on the individual consumer.”

“It’s not something I encourage, and I’ve told my daughters I think it’s a bad idea, a waste of time, not very healthy,” Obama said.

The president said the legalization of recreational use of marijuana, launched in Washington and Colorado even though it conflicts with federal law, should move forward.

Obama emphasized his concern that lower-class teens, particularly minorities, are more likely to serve jail time for marijuana use because they lack the resources and support to avoid harsher penalties.

He did say, however, that he believed those who argue that “legalizing marijuana is a panacea and it solves all these social problems” are “probably overstating the case.”

Obama admitted to smoking pot as a high school student in Honolulu in his 1995 memoir, “Dreams from My Father.” David Maraniss’ biography, “Barack Obama: The Story,” provides further details, portraying Obama not only as a pot smoker but as a pot-smoking innovator.

“As a member of the Choom Gang,” Maraniss writes, “Barry Obama was known for starting a few pot-smoking trends.”

One of Obama’s innovations, Maraniss writes, was “roof hits.”

“When they were chooming in a car all the windows had to be rolled up so no smoke blew out and went to waste; when the pot was gone, they tilted their heads back and sucked in the last bit of smoke from the ceiling.”

At the same time, young people are using marijuana at younger ages, and more are using it on a daily basis, the polls show.

The 2012 study published by the National Academy of Sciences, however, found that persistent marijuana use was associated with neuropsychological decline, even after controlling for years of education.

Professor Robin Murray of the Institute of Psychiatry at King’s College London, who assisted in the study, said there are many “clinical and educational anecdotal reports that marijuana users tend to be less successful in their educational achievement, marriages and occupations.”

The study further found that quitting marijuana did not fully restore neuropsychological functioning among subjects who had become users as adolescents.

However, the study found no evidence of similar problems affecting people who only took up marijuana as adults.

Bracing for new addicts in Colorado

Meanwhile, on New Year’s Day, as Colorado’s new law went into effect, some rehab centers were preparing for an increase of marijuana-addicted patients, especially teenage users.

People under the age of 21 are not allowed to buy marijuana under the new Colorado law, but psychiatrists and others have declared to media that they remain concerned that teens could be most at risk for becoming addicted and suffering serious health damage.

Christian Thurstone, a professor of psychiatry at the University of Colorado and the head of the teen rehab center Adolescent STEP: Substance Abuse Treatment Education & Prevention Program, told ABC News recently that 95 percent of patient referrals to the program are for marijuana use.

“Anecdotally, yes, we’re seeing kids in treatment here who have paranoia and seeing things and hearing things that aren’t there,” said Thurstone. “Adolescent exposure to marijuana [raises] risk of permanent psychosis in adulthood.”

When Colorado passed its medical marijuana law in 2009, adolescents started to report that “they’re using much higher potency products,” such as solid forms of synthetic marijuana called “waxes,” which can be up to 50 or 60 percent THC, the major psychoactive ingredient of marijuana.

“Our kids are presenting more severe addictions; it takes them longer to get a clean urine drug screen,” Thurstone told ABC News.

Ben Court, an addictions expert at the University of Colorado Hospital Center for Dependency, Addiction and Rehabilitation, told ABC that since medical marijuana became legal in Colorado he’s seen an increase in patients coming for treatment for marijuana addiction.

Thurstone has treated patients as young as 11 for marijuana addiction. Many had their first experience with pot around the age of 6.

This article was originally published at the WorldNetDaily.com website.