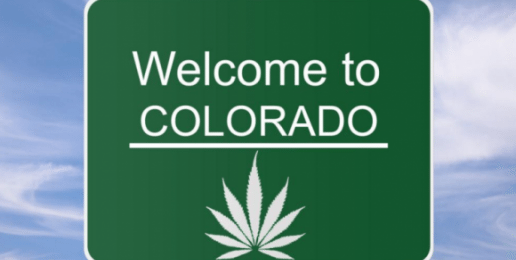 When Barack Obama said he would “fundamentally transform” the United States, few anticipated that the plan involved destroying the minds of young people through addictive substances. But after the expenditure of $250 million by Obama backer George Soros on behalf of the marijuana legalization movement, we are seeing the results, especially in Colorado. The new website www.legalizationviolations.org is documenting the fallout and the damage.

In addition to what is reported on this site, such as kids using, and even selling, marijuana, we have some other sensational cases in Colorado, such as a husband and father, Richard Kirk, who began hallucinating after eating a marijuana cookie, and shot and killed his wife.

In another case, a 19-year-old student jumped off a Denver hotel balcony to his death after eating a marijuana cookie. USA Today reported that Levi Thamba Pongi, a native of the Republic of Congo, ate the cookie and “exhibited hostile behavior” that included pulling things off walls and speaking erratically.

In addition to these deaths, the U.S. Attorney’s Office in Denver has filed an indictment “alleging money laundering related to marijuana cultivation and distribution” in Colorado. The case involves money transfers from a Colombian bank, as well as violations of federal firearms laws.

In the face of the human deaths and destruction being wrought by marijuana legalization in Colorado, and the movement of the Colombian groups into the state, the Heritage Foundation took a stand this week in favor of “Reefer Sanity,” the name of a new book by drug policy expert Kevin A. Sabet.

Heritage featured Sabet giving a speech exposing the “seven great myths about marijuana” that have driven this unfolding disaster. Sabet co-founded SAM (Smart Approaches to Marijuana) with former Democratic U.S. Representative Patrick J. Kennedy (RI), in order to focus public attention on the harmful consequences of marijuana use and counteract the impact of the drug-friendly media. Writer David Frum is a member of the board.

One of Sabet’s slides advised people to “Follow the Money,” and named George Soros as the key money bags behind the growing number of states accepting legal marijuana. Sabet’s website included the figure of $250 million invested by Soros in the drug legalization movement. In addition, Peter Lewis gave $50 to $70 million to this movement, and John Sperling gave over $50 million.

As far back as 2004, in our article, “The Hidden Soros Agenda: Drugs, Money, the Media, and Political Power,” we noted the billionaire hedge-fund operator’s investment in a Colombian bank accused of drug-money laundering.

Calvina Fay of the Drug Free America Foundation described Soros as an “extremely evil person” because of his campaign to legalize dangerous mind-altering drugs.

Over a year ago, in our column, “A Kennedy Shocks the Pro-Dope Liberal Media,” we noted the potential impact that SAM could have on the “debate” over marijuana, such as it is in the liberal media.

Sabet, in his Heritage Foundation speech, did not directly address President Obama’s personal role in the unfolding debacle confronting our youth, except to say that using marijuana is clearly not a solution to a deteriorating economy that produces few jobs for young people.

Yet, the facts are that Obama was a member of the “Choom Gang,” a group of heavy marijuana smokers, when he was growing up in Hawaii. His childhood mentor, Communist Party operative Frank Marshall Davis, was also a pothead.

Although Sabet is pursuing a non-partisan approach to the disaster in order to appeal to Democrats, in an attempt to stop the deadly and dangerous drug legalization experiment, he is nevertheless giving the Soros-funded activists a case of nerves. His book features a quote from Ryan Grimm of the far-left Huffington Post, saying that backers of pot legalization should find Sabet “dangerous” because of his effectiveness.

The new website www.legalizationviolations.org is also a SAM project and is performing a useful function in publicizing cases in Colorado that are not getting national media attention.

Some headlines on the site from Colorado include:

One of the myths Sabet addressed in his Heritage speech was the idea that marijuana is harmless. He noted its link to lower IQ and mental illness.

In a case out of Tennessee that did make some national news, a woman named Stephanie Hamman smoked the drug and drove her car into a church, where she stabbed her husband because he liked NASCAR. “I love to smoke it,” she said of marijuana. “Sometimes when I do, I start seeing things that others don’t. Isn’t God good? He told me this would happen, and just look, I am okay.”

“In court,” the local TV station reported, “guards walked Hamman in, her eyes were closed and she appeared to be talking to herself.” She is charged with attempted first-degree murder and felony vandalism.

This article was originally published at the Accuracy in Media website.