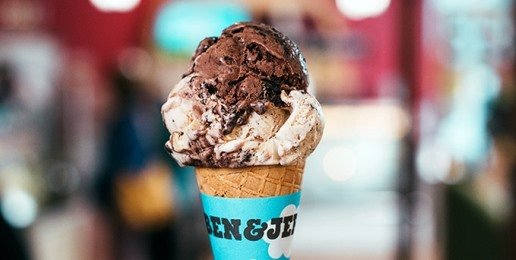 The famous, specialty ice cream company, Ben and Jerry’s, has unintentionally given us further evidence that same-sex “marriage” is not marriage. How so?

The ice cream experts, who have long been known for participating in left-wing activism, went one step farther [last] week. As a headline in the Daily Mail announced, “Ben & Jerry’s BAN customers from ordering two scoops of the same ice cream until Australia legalizes gay marriage.”

That’s right. If you want two scoops of New York Super Fudge Chocolate on your ice cream cone, you can’t have it. You’ll have to settle for just one scoop or mix in another flavor.

This is Ben and Jerry’s way of sending a message: “we believe that love comes in all flavors.”

The company explained on its website: “Imagine heading down to your local Scoop Shop to order your favorite two scoops of Cookie Dough in a waffle cone,” the company wrote.

“But you find out you are not allowed… you’d be furious!

“This doesn’t even begin to compare to how furious you would be if you were told you were not allowed to marry the person you love.”

“So, we are banning two scoops of the same flavour and encouraging our fans to contact their MPs to tell them that the time has come- make same sex marriage legal! Love comes in all flavors!”

You might say, “Well, this sounds somewhat stupid, but how does it prove that same-sex marriage is not marriage?”

I’ll explain in a moment, but first, Ben and Jerry’s should realize they are heading down a slippery slope.

The absurdities go on and on.

As my assistant Dylan asked after reading the Daily Mail article, “And perhaps there’s a current loophole (and bigotry) to their current position. What if some chocolate ice cream identifies as vanilla? (I mean, who are they to be so primitive as to label all chocolate ice cream chocolate just because that’s what society has done through the ages.) Can you then go ahead and get a scoop of chocolate and a scoop of trans-flavored (chocolate to vanilla) ice cream?”

In all seriousness, I understand that Ben and Jerry’s is not comparing human beings to scoops of ice cream. The company is making a point and showing solidarity. They believe they are standing up for justice and equality. I get all that.

Still, the nature of their protest is self-refuting, demonstrating the point that same-sex “marriage” is not marriage at all.