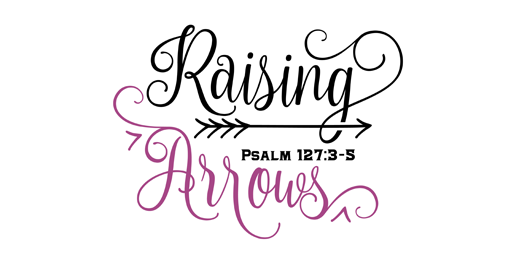 Embracing the blessings of children in a culture that doesn’t

It was reported recently that the number of births in the U.S. fell in 2018 for the fourth consecutive year, marking the lowest number of births in more than three decades. The fertility rate also hit a record low of 1.7 births per woman, which means, as a nation, we’re not even on track to replace our current population. (If it weren’t for immigration, the population would already be declining.)

“The birthrate is a barometer of despair,” states Dowell Myers, a demographer at the University of Southern California, as quoted by NPR.

Explaining that idea, he says young people won’t make plans to have babies unless they’re optimistic about the future.

“At first, we thought it was the recession,” Myers says of the recent downturn in births. But after a slight rise in 2012, the rate took another nosedive. He adds that by nearly all economic standards — except for high housing costs — birthrates should now be rising.

As for what’s behind the negative sentiment among people of childbearing age, Myers cites the current political turmoil and a gloomy outlook for America’s future.

“Not a whole lot of things are going good,” he says, “and that’s haunting young people in particular, more than old people.”1

Maybe. But I can’t help thinking there are other reasons for the falling birthrate as well. Namely, our culture continues to drift away from a Biblical worldview, and that includes a Biblical perspective on family and childbirth. The Bible teaches that children are a blessing and that we have a responsibility to populate the earth and raise up godly children. That’s not the viewpoint of most of our culture.

If we reject that Biblical view of family, we’re left with no overriding reason to give birth and raise children. If the world feels too uncertain, or we’re not as prosperous as we’d like, or there are other obstacles in the way, why bother?

I’m not saying that practical considerations can never influence decisions regarding how many children to have. What I am saying is that the lower our commitment to a Biblical view of children, the less of a consideration it will take to cause us to give up on starting or growing a family. And I believe that’s where our society is today. It’s not hard to believe that economic or political uncertainty influence the American birthrate. But I don’t believe it would have the size of impact it currently does if we didn’t have a secularized worldview that fails to prioritize children.

The Bible calls us to prioritize eternal considerations over temporal ones, and this perspective should inform our decisions regarding family size.

Now, that said, the Bible doesn’t command us to have a certain number of children. There’s no perfect number as far as Scripture is concerned. But the Bible does tell us that children are a blessing. Not only that, it tells us that children in quantity are a blessing (Psalm 127:3-5). The idea that the perfect family consists of Mom and Dad and two kids isn’t drawn from the Bible.

I’m not condemning anyone who has two children. That’s between you, your spouse, and God. What I am saying is that the modern ideas about family size are rooted more in temporal conveniences rather than eternal considerations. I’m also not saying we’re required to have as many children as physically possible. What I will say is this: as God’s people, informed by Scripture and seeking to live a life in accordance with Biblical values and an eternal perspective, we ought to at least be open to the possibility that God may want to bless us with more than 1.7 children.

Now, don’t get me wrong. I know it’s hard work raising children, and having a large family doesn’t always feel like the blessing God says it is. My wife and I had our first baby the day before our first anniversary, then added three more in the six years after that. Our youngest just turned one, and at this point, I don’t know how many children we’ll end up with—that’s something we’re still praying about! Suffice it to say, we’re very much in the thick of things and will be for some time to come.

When things get tough, we would do well to keep in mind what God says in Malachi 2. In that passage, God tells the Israelites that the reason He joins a husband and wife together as one is so they can raise godly children. That’s the eternal significance of our parental responsibilities. God wants us to raise up children who can serve and worship Him and make an impact on the world around them for His glory.

Raising a family—yes, even a larger-than-average family—is holy work. It can get crazy, hectic, exhausting, and overwhelming. But it’s God’s work. It matters. At a time when the world is abandoning God’s perspective on children, let’s embrace the blessings and commit ourselves to raising up a generation who can make a difference in God’s name.

Our Christian Duty
b
a
x
r