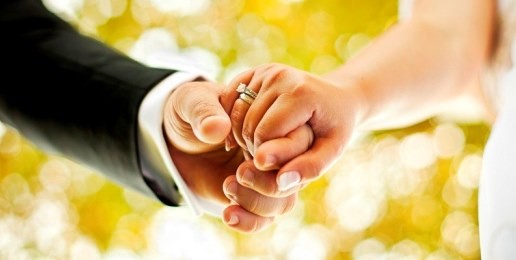 The Family Research Council released a new WPA Opinion Research poll showing that 61 percent of Americans agree that “states and citizens should remain free to uphold marriage as the union of a man and a woman and the U.S. Supreme Court should not force all 50 states to redefine marriage.” The survey also found that 53 percent of Americans agree that marriage should be defined only as a union between one man and one woman.

An overwhelming majority (81 percent) of Americans agree that government should “leave people free to follow their beliefs about marriage as they live their daily lives at work and in the way they run their businesses.” The survey was released only days after Aaron and Melissa Klein, former owners of Sweet Cakes in Gresham, Oregon, were told by the state of Oregon that they face fines of up to $150,000 for declining to bake a same-sex “wedding” cake. In Washington state, Barronelle Stutzman, who is a florist, is being threatened with the loss of her home, her family business, and her life savings at the hands of the state because she declined to participate in a same-sex “wedding” ceremony.  (Read more HERE.)

Conflicts Between Religious Freedom and the Gay Agenda Trouble Most Americans