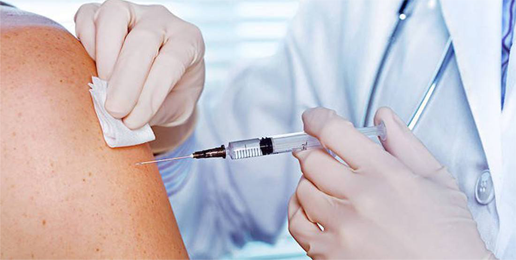 With the number of deaths in the United States officially attributed to COVID-19 (defined by the CDC as anyone who died with COVID-19, though not necessarily because of it) now around 230,000 and a surge in the number of COVID-19 cases throughout the U.S. over the past few weeks, a growing sense of urgency has been created for a COVID-19 vaccine. Several companies are developing what are said to be promising vaccine candidates, and Health and Human Services (HHS) Secretary Alex Azar said earlier this week that a vaccine should be ready for the most vulnerable subgroups by the end of this year.

While many see this as good news, there are some serious ethical concerns surrounding these vaccines that need to be addressed.

To begin with, six out of the ten major COVID-19 vaccine programs use cells from electively aborted fetuses for vaccine production, which makes these vaccine programs highly controversial and creates the likelihood that many will be unwilling to receive the vaccine. This is an ethical dilemma that members of the pro-life community have wrestled with since the 1960s, when researchers first advocated for the use fetal tissue from elective abortions to create cell lines to manufacture vaccines. Two of these cell lines are the ones being used in five of the leading COVID-19 vaccine candidates.

As Dr. David Prentice, Vice President and Director of Research for the Charlotte Lozier Institute suggests, for many, the ethical dilemma surrounding the use of such cells for vaccine production will still raise problems of conscience for many who are offered the vaccine even though these cells have been propagated for years in a laboratory and are far removed from the abortion. This is because the connection between the abortion – the ending of a human life – and the cell lines derived from the harvesting of the fetal tissue cannot be denied.

In reality, this should not even be an issue, since viable vaccines can and have been made without using aborted fetal tissue. So, not only is this practice highly ethically questionable, it’s not at all necessary to achieving the same result. For example, vaccines for polio, measles, and mumps were created by monkey cells and chicken eggs. The fact of the matter is, there are several successful alternatives available for creating vaccines that do NOT require the use of aborted fetal tissue, which are proven to be scientifically viable and often scientifically preferable. And according to Dr. Tara Sander Lee, Associate Scholar for the Charlotte Lozier Institute, not one single person would be prevented from being vaccinated today if we stopped harvesting fresh tissues from aborted fetuses, nor would the future development of new vaccines be hindered.

Furthermore, research shows that human cell lines for vaccines can easily be produced ethically by deriving them from adult cells. For example, cell lines could be created by using tissue that is discarded during surgery or by using organs that are donated after death. If, however, researchers truly do need to use fetal cells, they could derive their cell cultures from tissue donated from prematurely born infants who die of natural causes. Ethically speaking, in these scenarios, developing a cell line would be no different than using donated organs.

Given this information, it begs the question: If there are other ethical methods that can successfully be used to create a vaccine for COVID-19, why are researchers still determined to use aborted fetal tissue? One reason might be that advocating for the use of harvested body parts from aborted children provides the abortion industry with a reason to continue the ghoulish practice of abortion. What makes matters worse is that they are using the pandemic and the fears of those who are vulnerable to COVID-19 to further their twisted agenda.

Wherever a person falls in his or her convictions about vaccinations, they will be well served by deciding ahead of time – before these COVID vaccines become a reality, and perhaps even a requirement – exactly what they are willing, and unwilling, to accept.

This article was originally published at The Family Foundation blog.