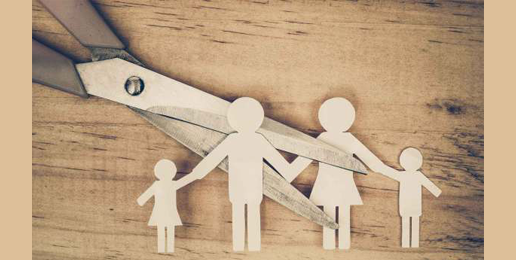 In the last two weeks I have met with two legislators who separately made the same observation as we discussed various cultural problems and issues of the day.  They both said this all goes back to the breakdown of the traditional family.

Well, a new study finds that the lack of marriage is a growing social problem in America. While on the up-side, marriages tend to be more stable with divorce rates declining somewhat, at the same time fewer Americans are choosing to marry. In 2018 a record rate of Americans ages 25 to 50, a group making up 39 million people, have never been married.  That record rate of never marrieds is now up to 35%. In 1970 only 9% of this demographic were not married. In less than 20 years the proportion of never married Americans has risen from 21% to 35%.

A Pew Research study report projects that if these trends continue, 1 in 4 of today’s young adults may never marry. Young people are waiting to get married today. In 1970 the average young person married in their early 20’s, today they are marrying close to the age of 30. Additionally, more young people are forgoing marriage for cohabitation. The vast majority of couples living together never make it to the altar, and for those who do, their divorce rates are dramatically higher than those who do not live together before marriage.

Something else that has changed over the years is that today, lower income individuals are less likely to marry than those in higher income brackets. In years past there was no marriage rate income gap.

Marriage provides more economic and family stability and even physical safety, for those who are married and any children they produce than those who live together. While children can do well in various situations, statistically, children raised in a family with a married mother and father are much less likely to be poor, more likely to do well in school and less likely to be involved in crime (particularly boys) than those raised in other living arrangements.

The Civic Fallout of Marital Decline

In the item above, I point out the decline of marriage and the societal problems this can create. There is another problem or at least a distinction between those who marry and those who do not, particularly among the young. Those who are married, whether they have children or not, are much more likely to vote in an election than those who are not married or were formerly married. In the 2018 congressional elections, 56% of married adults reported voting, in contrast to just 37% of adults who had never married.

As seen in this chart, marriage appears to have several civic benefits that are important to our self-governing republic. 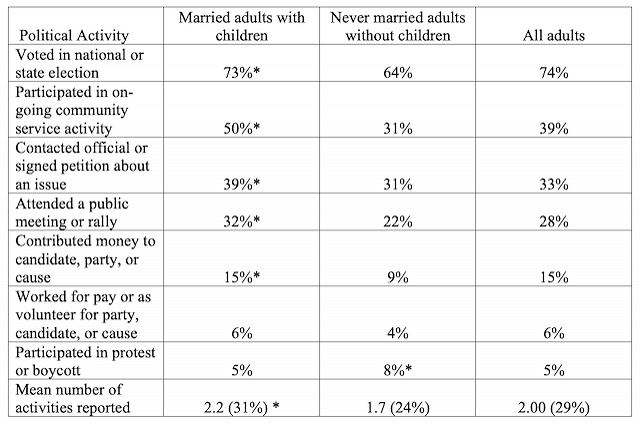