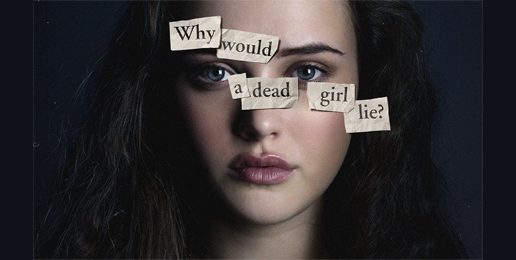 When Netflix first released the series 13 Reasons Why in May of 2017, school systems and public health officials all over the country warned that it could cause an increase in teenage suicide. (See previous story here.) Apparently, that is exactly what happened.

According to a study in the April 2019 Journal of American Academy of Child & Adolescent Psychiatry: “After accounting for seasonal effects and an underlying increasing trend in monthly suicide rates, the overall suicide rate among 10-17 year-olds increased significantly in the month immediately following the release.” (Netflix posts all episodes of an entire season all at once.)

Tim Winter, President of the Parents Television Council, is outraged over Netflix executives’ response to previous concerns that the first season, in particular, glamorizes teen suicide and gives kids the tragically false impression that they can exact revenge against tormentors by taking their own life. Netflix has since produced two more seasons of the show, the third to be released soon.

“This [recent research] follows another concerning statistic after the show was released,” according to Winter. “The Google search term for “How do I kill myself” went up 26 percent. So you now have evidence that there is a link between this show, targeting teenagers, targeting children, that basically romanticizes teen suicide, and a number of teenagers and children who are actually killing themselves. It’s deeply troubling.”

What’s more disturbing is that the evidence of the spike in online searches for committing suicide was from a research paper published in the Journal of the American Medical Association back in October 2017, just months after the first season aired.

“Netflix seems to be one of the biggest perpetrators in terms of explicit content marketing towards children,” continues Winter. “They have a constitutional First Amendment right to produce this type of content. But I think it is outrageous that a publicly traded corporation would market and profit, they would profit from children who watch a show, and it’s now being linked to increased rates of suicide of children.”

The rate of increase in suicide was attributed almost exclusively to boys, ages 10-17 years old, a finding that surprised researchers since the main character, who is graphically portrayed committing suicide on the show, is female. This statistic tracks suicides that result in death, not suicide attempts.

This article was originally published at the NC Family Policy Council blog.