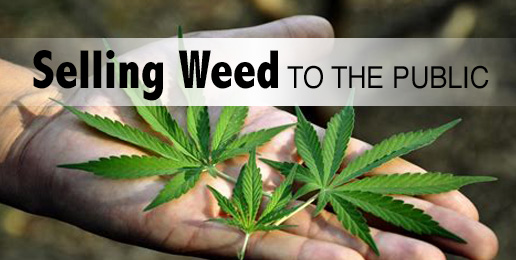 With the information we have provided, we hope that you will become armed with solid facts in the event your state lawmakers hold a town hall meeting to tell you the benefits of legalizing high potency marijuana.

Please don’t ignore this issue and try to convince yourself that legalization will have no impact on your family.

The information below exposes what other states are experiencing. This is information that Big Marijuana and its proponents do NOT want you to know.

PLEASE DON’T GET OVERWHELMED! Browse the topics and choose which issue concerns you most. You don’t have to be an expert on everything.

Even without this overwhelming evidence, a simple question should be asked of lawmakers.

How can flooding our communities with more drugs possibly be beneficial?

California lawmakers have proposed a bill this year to slash taxes on legal marijuana in an effort to compete with the growing black market.

After 6 years of legalization, the tax windfall Colorado lawmakers were expecting is less than 1 percent for each year since legalization. (Page 124)

For every dollar Colorado gains in tax revenue, it costs at least $4.50 to mitigate the negative effects on society. (Page 4)

A May 2016 report released by the Governors Highway Safety Association found that 22.3% of fatally injured motorists tested positive for marijuana, a number which has “increased substantially” in recent years.  Experts say the numbers are vastly under reported because if they tested positive for alcohol, no further testing was done.

“Driving while high on marijuana causing spike in fatal accidents.”

DRIVING UNDER THE INFLUENCE OF DRUGS (DUIDs)

From survey responses collected from over 11,000 anonymous marijuana users, the percentage of marijuana users who admitted to driving high within the last year was 69%.  Source: The Colorado department of Transportation (Page 18)

In 2009, the first year of commercialization, there were 18 marijuana-only exposure calls to Colorado’s poison and drug center. By 2017, that number rose to 179. Source: Rocky Mountain Poison and Drug Center Colorado Hospital Association, Hospital Discharge Dataset.  (Page 43)

Hear testimony from Pueblo, Colorado ER physician, Dr. Karen Randall, on how marijuana has impacted her hospital and ruined her town.

Billboards near schools, marijuana discounts “with student ID”, candy and other sweets – all attractive to children. (Starting at 55:13)
Almost 60% of new marijuana users each year are under age 18. Nine percent of 8th graders say they have vaped in the past month. Source: U.S. NSDUH 2014 Survey (Starting at 52:49)

“So far the only thing that the legalization of marijuana has brought to our schools has been marijuana.”  Source: Dr. Harry Bull, Superintendent of Cherry Creek Schools, one of the largest school districts in CO.

“It is now incontrovertible that heavy use of cannabis increases the risk of psychosis.”  Source: The British Journal of Psychiatry Volume 212, Issue 4, April 2018, pp 195-196

“The risk of individuals having a psychotic disorder showed a roughly three-times increase in users of skunk-like cannabis compared with those who never used cannabis…” Source: The Lancet Psychiatry

Low income housing in Pueblo is at 99% occupancy. Homeless people live on the streets, down by the river and in campers at Walmart. (Starting at 38:37)

PATTERN FOR LEGALIZATION SEEN IN EVERY STATE.

Banned in the U.S., Europe, and Canada, Carbofuran, a toxic rodenticide, has been found at 60%-70% of California grow sites. One quarter of a teaspoon will kill a 600 pound lion. “It’s an emerging threat to wildlife, the environment, and human health within the United States.”

Lethal pot farms are popping up all across California on public and private land with $0 budget for reclamation. (Starting at 2:58)

Water sources, soil, and wildlife are being poisoned by drug trafficking organizations in California. (Starting at 41:42)

50% OF EVENT PLANNERS NOT COMING BACK TO COLORADO

Homelessness and the cleanliness of 16th Street Mall

The 16th Street Mall seems pretty seedy, especially with the homeless people. It made guests feel uncomfortable and gave a perception of not being safe

Vagrants on the 16th Street Mall and the grunge youth present

Your youth homeless population is disheartening

Also many comments about feeling uncomfortable with the street scene

Please call us if you have any questions.