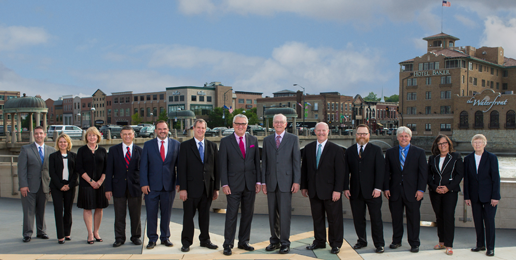 Elected officials in the city of St. Charles recently voted (6-3) to move ahead to approve marijuana retail sales, with plans to allow one recreational pot shop east of the river and one west of the river. However, they have NOT voted to approve this yet, and are having a PUBLIC HEARING next Tuesday, September 17th at 7 PM at the St. Charles City Hall (2 E. Main St.) to hear from the public about whether St. Charles should allow businesses to sell recreational marijuana.

Don’t let proponents deceive you with their “tax revenues” talking points. According to a report published by the Centennial Institute, “for every dollar gained in tax revenue, Coloradans spend approximately $4.50 to mitigate the effects of legalization.” The costs of legal pot are not worth the costs to families, communities and individual lives.

In the six years since marijuana was legalized in Colorado, the number of drivers involved in fatal crashes who tested positive for marijuana has doubled. There have been increased rates in marijuana-related emergency room visits, hospitalizations and higher rates of violent crime. Though legal for 21 and older, more than a fourth of Colorado’s middle and high school students use pot more than once daily. Chronic use by those under 25 can lead to a permanent loss of up to 8 IQ points.

Knowing what we know about the tragic and often irreversible effects of marijuana, we cannot in good conscience permit a retailer to peddle a drug that robs so many youths of their futures and compromises the safety of our citizenry. Instead of making Big Marijuana richer and St. Charles a haven for those selling the drug and those seeking to purchase it, let’s make it a refuge for families seeking to shield their loved ones from this drug’s destructive path.

Next month’s meeting might lead to a vote that will shape the future of St. Charles.

Take ACTION: Click HERE to send an email to Mayor Raymond P. Rogina and all 10 aldermen, asking them to reduce drug traffic and protect the families they represent by passing a ban on the retail sales of marijuana. And if you’re able, please attend the September 17th hearing and make your opposition known.