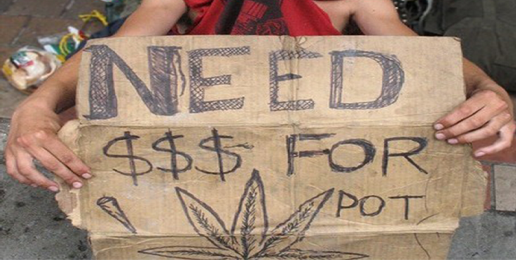 Marijuana Is More Dangerous Than You Think
01.04.19
PRINT

Over the past 30 years, a shrewd and expensive lobbying campaign has made Americans more tolerant of marijuana. In November 2018, Michigan became the 10th state to legalize recreational cannabis use; New Jersey and others may soon follow. Already, more than 200 million Americans live in states that have legalized marijuana for medical or recreational use. Yet even as marijuana use has become more socially acceptable, psychiatrists and epidemiologists have reached a consensus that it presents more serious risks than most people realize.

Contrary to the predictions of both advocates and opponents, legalization hasn’t led to a huge increase in people using the drug casually. About 15% of Americans used cannabis at least once in 2017, up from 10% in 2006, according to the federal government’s National Survey on Drug Use and Health. By contrast, almost 70% of Americans had an alcoholic drink in the past year.

But the number of Americans who use cannabis heavily is soaring. In 2006, about 3 million Americans reported using the drug at least 300 times a year, the standard for daily use. By 2017, that number had increased to 8 million—approaching the 12 million Americans who drank every day. Put another way, only one in 15 drinkers consumed alcohol daily; about one in five marijuana users used cannabis that often.

And they are consuming cannabis that is far more potent than ever before, as measured by the amount of THC it contains. THC, or delta-9-tetrahydrocannabinol, is the chemical responsible for the drug’s psychoactive effects. In the 1970s, most marijuana contained less than 2% THC. Today, marijuana routinely contains 20-25% THC, thanks to sophisticated farming and cloning techniques and to the demand of users to get a stronger high more quickly. In states where cannabis is legal, many users prefer extracts that are nearly pure THC.

Cannabis advocates often argue that the drug can’t be as neurotoxic as studies suggest because otherwise Western countries would have seen population-wide increases in psychosis alongside rising marijuana use. In reality, accurately tracking psychosis cases is impossible in the U.S. The government carefully tracks diseases such as cancer with central registries, but no such system exists for schizophrenia or other severe mental illnesses.

None of these studies prove that rising cannabis use has caused population-wide increases in psychosis or other mental illness, although they do offer suggestive evidence of a link. What is clear is that, in individual cases, marijuana can cause psychosis, and psychosis is a high risk factor for violence. What’s more, much of that violence occurs when psychotic people are using drugs. As long as people with schizophrenia are avoiding recreational drugs, they are only moderately more likely to become violent than healthy people. But when they use drugs, their risk of violence skyrockets. The drug they are most likely to use is cannabis.

The most obvious way that cannabis fuels violence in psychotic people is through its tendency to cause paranoia. Even marijuana advocates acknowledge that the drug can cause paranoia; the risk is so obvious that users joke about it, and dispensaries advertise certain strains as less likely to do so. But for people with psychotic disorders, paranoia can fuel extreme violence. A 2007 paper in the Medical Journal of Australia looked at 88 defendants who had committed homicide during psychotic episodes. It found that most of the killers believed they were in danger from the victim, and almost two-thirds reported misusing cannabis—more than alcohol and amphetamines combined.

The link between marijuana and violence doesn’t appear limited to people with pre-existing psychosis. Researchers have studied alcohol and violence for generations, proving that alcohol is a risk factor for domestic abuse, assault and even murder. Far less work has been done on marijuana, in part because advocates have stigmatized anyone who raises the issue. Still, there are studies showing that marijuana use is a significant risk factor for violence.

A 2012 paper in the Journal of Interpersonal Violence, examining a federal survey of more than 9,000 adolescents, found that marijuana use was associated with a doubling of domestic violence in the U.S. A 2017 paper in the journal Social Psychiatry and Psychiatric Epidemiology, examining drivers of violence among 6,000 British and Chinese men, found that drug use was linked to a five-fold increase in violence, and the drug used was nearly always cannabis.

Knowing exactly how much of that increase is related to cannabis is impossible without researching every crime. But for centuries, people all over the world have understood that cannabis causes mental illness and violence—just as they’ve known that opiates cause addiction and overdose. Hard data on the relationship between marijuana and madness dates back 150 years, to British asylum registers in India.

Yet 20 years ago, the U.S. moved to encourage wider use of cannabis and opiates. In both cases, we decided we could outsmart these drugs—enjoying their benefits without their costs. And in both cases, we were wrong. Opiates are riskier than cannabis, and the overdose deaths they cause are a more imminent crisis, so public and government attention have focused on them. Soon, the mental illness and violence that follow cannabis use also may be too widespread to ignore.

—Mr. Berenson is a former New York Times reporter and the author of 12 novels. This essay is adapted from his new book, “Tell Your Children: The Truth About Marijuana, Mental Illness and Violence,” which will be published by Simon & Schuster on Jan. 8.

This article was originally published at The Wall Street Journal.

Marijuana, Mental Illness and Violence
b
a
x
r