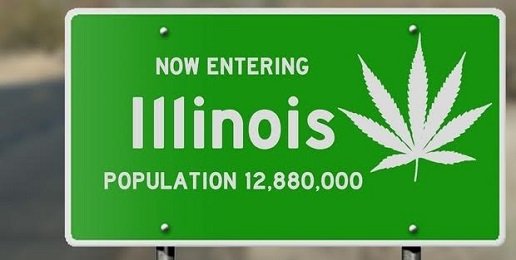 To some entrepreneurs (and even Illinois gubernatorial candidates), marijuana legalization is all the rage these days. We’re promised “more tax money!”, “less crime!” and “miraculous medicine!”

But a closer look at the evidence reveals a far different picture.

In fact, take it from this former Obama administration drug policy adviser: The legalization of recreational marijuana will impose significant costs on taxpayers, resulting in workplace losses, car crashes, lost tourism revenue, administrative enforcement and a multitude of other issues.

It’s true: One sector of the economy stands to make big bucks from legalization, and that’s Big Marijuana. Its goal is to fool us into believing their billion-dollar industry will somehow benefit employers and taxpayers. Remember Big Tobacco? It’s like a watching a car crash happen all over again in slow motion.

Speaking of car crashes, add that to the list of things we have to worry about with legal marijuana. According to AAA, crashes related to pot doubled after legalization in Washington, and a recent Denver Post investigation found an increase in pot-related car crashes,confirming data revealed by law enforcement.

Pot is also causing significant disruptions in the workforce in legalized states. Workers in those states are testing positive for marijuana at much higher rates than the rest of the country, and some companies—like a large construction firm in Colorado—can’t find people to pass a drug test.

Marijuana legalization also opens the door to myriad lawsuits against employers. The marijuana industry has vowed to make employee “rights” to use pot a priority. The head of the pot lobby has said that firing pot users is “simply unfair, and it cannot be allowed to stand.” They’ve won in some courts.​

While the Big Marijuana industry claims that legalizing recreational use will lead to an influx of state tax dollars, evidence shows that the costs of legalization outweigh any potential tax revenue. Based on research in states that have legalized recreational marijuana, the public health costs related to Big Marijuana are at least 25 percent greater than the increased tax revenues, due to workplace accidents, hospital admissions, traffic crashes and increased law enforcement costs.

And there are so many more costs we cannot even begin to quantify. This includes increased use of other drugs, greater marijuana use, controlling an expanded black market, sales to minors, public intoxication and other burdens.

Let’s take a look at Colorado, whose “great experiment” with marijuana is hurting its health care system and roadways—and worst of all, its kids. In fact, there are now more black and Hispanic youth arrested for pot now than before legalization in Colorado. While rich white men get richer and marginalized communities remain forgotten, social justice has hardly been advanced. Tax revenue gained from marijuana was much smaller than promised, and the Denver Post reported pot taxes wouldn’t solve the state’s budget problems. One study showed uncollected payments among marijuana-related patients at a hospital in Colorado totaled at least $20 million over a six-year period. And a recent study released in May showed that ER visits by teenagers in Colorado have quadrupled since marijuana was legalized.

Even Colorado’s own “pot czar,” Andrew Freedman, has said marijuana tax revenues are often wildly overestimated, saying, “Everybody was really excited about the tax revenue, and now everyone wants to know where it went.”

Don’t let Big Marijuana fool you into believing their billion-dollar industry will somehow benefit you. Legalizing recreational marijuana only benefits Big Marijuana—at the expense of employers, taxpayers and families.