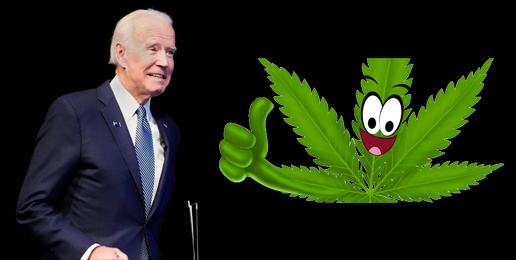 Written by William J. Bennett and Seth Leibsohn
This article was originally published by the Wall Street Journal on 10/07/2022

If President Biden had really wanted to do something about the problems facing our cities and states—rising crime, addiction and overdose deaths—he might have done something to prevent illegal drug use. Instead, he chose to minimize the dangers of drug use by granting pardons for criminals convicted of marijuana possession under federal law. In so doing, Mr. Biden has sent the country the wrong signal at the wrong time.

At best the claim that the federal government is upending lives for simple pot possession is a straw man. At worst it’s dishonest. White House officials claim the policy will affect 6,500 people with marijuana possession convictions reaching back to 1992. But even they had to admit on Friday that “no one is currently serving time in federal prison solely for the crime of simple marijuana possession.”

Overlooked in all of this has been that federal convictions for marijuana crimes are typically not for simple possession. The idea that American prisons are overflowing with people who merely had a joint or two in their pockets is “a myth—an illusion conjured and aggressively perpetuated by drug advocacy groups seeking to relax or abolish America’s marijuana laws,” according to a 2005 paper published by the Office of National Drug Control Policy. Most of those locked up for marijuana-related offenses “have been found guilty of much more than simple possession. Some were convicted for drug trafficking, some for marijuana possession along with one or more other offenses. And many of those serving time for marijuana pled down to possession in order to avoid prosecution on much more serious charges.”

We might say at least this much for Mr. Biden’s announcement: It will expose as false the claims by the pro-legalization movement that we have a scourge of mass incarceration based on prosecuting simple marijuana use. Once we see the full criminal and sentencing records of the new policy’s 6,500 supposed beneficiaries, it will wreck the narrative that they were simply minding their own business and harming no one when the feds came crashing in their front doors.

The Biden administration is wrong if it thinks the federal government has been overreacting to illegal marijuana use. In fact, it is underreacting. Illegal drug use is a catalyst for crime, which has been rising even as states around the country have liberalized their marijuana laws. The president should use his bully pulpit to prevent illegal drug use, not excuse it.

Marijuana isn’t the benign, nonaddictive cure-all it is often held out to be. As the Journal’s Allysia Finley put it in a June column, “A study last year found that young people with such mood disorders as depression who were also addicted to pot were 3.2 times more likely to commit self-harm and die of homicide—often after initiating violence—than those who weren’t.” That’s bad news.

Today’s marijuana is more potent than in the past, and young people are using it more frequently than in previous generations. And they are getting addicted. With higher use has come an associated rise in mental-health problems and crime. Many users graduate to stronger drugs, tragically ending their journey at fentanyl.

The idea that marijuana is a natural pacifier that chills users out isn’t validated by the science and research—something this administration keeps telling us to follow when it comes to public health. Study after study has found a connection between marijuana use and antisocial behavior. The authors of a 2017 study in the Journal of Addiction Research and Therapy call violence “a well-publicized, prominent risk from the more potent, current marijuana available.” They also establish that “marijuana use causes violent behavior through increased aggressiveness, paranoia, and personality changes” and that “marijuana is a predictable and preventable cause of tragic violent consequences.”

Mr. Biden could have done the nation a favor by pointing out the connections among illegal drug use, rising mental-health challenges and crime rates, and the opioid epidemic. Why he chose to reaffirm the myth of the innocent incarcerated marijuana user is a question better left to political scientists.

When Mr. Biden was U.S. senator, nobody in the Democratic Party was more committed to reducing drug use and crime. Today, he’s missing in action. The Office of National Drug Control Policy, which he helped create, isn’t properly staffed. We’d be surprised if there are 10 people outside the Beltway who can name the current drug czar. What won’t surprise us is the increase in social destruction that will inevitably flow from Mr. Biden’s decision to go wobbly on enforcement of federal drug laws.

Mr. Bennett served as U.S. education secretary, 1985-88, and director of the Office of National Drug Control Policy, 1989-90. Mr. Leibsohn is a radio host in Phoenix and a senior fellow at the Claremont Institute.