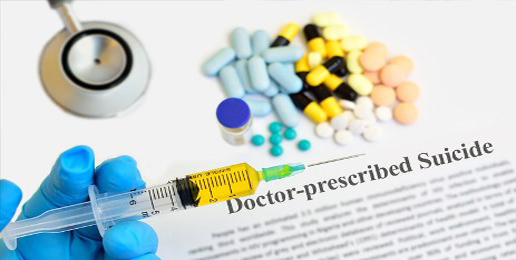 Washington D.C. Mayor Muriel Bowser  quietly signed an assisted suicide bill into law on December 19, 2016 after a majority of the city council voted for it.

In a race against time, the first step  to block the assisted suicide law was taken January 12, 2017 by U.S. Sen. James Lankford (R-Okla.) who introduced introducing a resolution in the U.S. Senate that opposes D.C.’s  “Death With Dignity Act”.

A companion resolution was introduced in the U.S. House by Rep. Brad Wenstrup (R-Ohio) and Rep. Jason Chaffetz (R-Utah) also said that he would push to block the law.

In a message to assisted suicide supporters, Compassion and Choices claims that “more than 2400 supporters” have “sent more than 7,000 messages to members of Congress”.  The organization also emphasizes “the importance of including your personal testimony” as “often the most effective way to change the minds of lawmakers”.

While many legislators (as well as the public) are persuaded by the “safeguards” to support assisted suicide laws, the Washington D.C. bill has many of the same problems with “safeguards” that other assisted suicide bills have. (For example, see my blogs “The slippery Slope-Tactics in the Assisted Suicide Movement” and “Pain and ‘Choice’“.)

In the D.C. assisted suicide law, such problems include:

1.The extraordinary immunity protections against civil, criminal liability or professional  disciplinary actions for doctors who participate in “good faith compliance” with the law.

2. Protection from life or annuity insurance problems due to suicide (“Neither may a qualified patient’s at of ingesting a covered medication have an effect upon a life, health, accident, insurance, or annuity policy”)

3. Minimal reporting requirements and secrecy in public records (“The Department will generate and make available to the public an annual statistical record of information collected”) Emphasis added.

4. Require mental health evaluation only for the purpose of determining if the person is mentally capable to make the decision to end his or her life. (“‘Counseling’ means one or more consultations as necessary between a state licensed psychiatrist or psychologist  and a patient for the purpose of determining that the patient is capable and not suffering from a psychiatric or psychological disorder or depression causing impaired judgment.”)

There are many reasons to oppose legalizing assisted suicide including risk for elder abuse, discrimination against people with disabilities and/or terminal or chronic conditions, the destruction of the most basic rule of medical ethics to not kill patients or help them kill themselves, suicide contagion, etc.

Assisted suicide, legalized and approved by society, is a manifestation of despair and abandonment-not empowerment. We cannot afford to be bystanders while others like Compassion and Choices continue to demand that we all accept legalized assisted suicide as a constitutional and civil right.

This article was originally posted at NancyValko.com

Psychiatrists Call for Assisted Suicide for Patients with Anorexia

Marketing Death and Alzheimer’s Disease
b
a
x
r