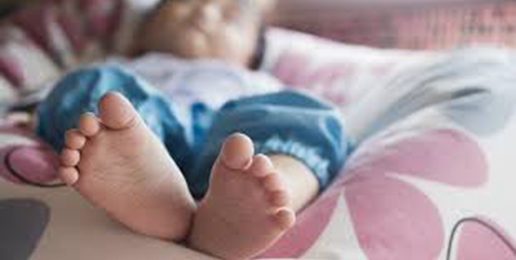 This year my organization joined with our Roman Catholic allies in filing a legal brief with the U.S. Supreme Court asking the court to uphold Texas’ laws regulating the abortion industry. That isn’t all that surprising. After all, Catholics and evangelicals have been working together for decades to uphold the sanctity of human life. What was surprising was that an opposing brief, filed by a Baptist church, argued that legal abortion is moral and just.

In a Baptist News Global article, the church’s senior minister Donna Schaper defended Planned Parenthood by saying that those of us who oppose abortion are “having a hard time dealing with women as moral agents and as adults.” I thought I recognized her name, and after I looked about I found that I had written about this pastor a decade ago, when she admitted that abortion is murder.

In 2006, Schaper wrote an article about the abortion she had. She wrote that her abortion was the right choice since she and her husband had young twins at the time. “Because women are mature sexual beings who make choices, birth control and abortion are positive moral forces in history,” she wrote. “They allow sex to be both procreational and recreational, for both men and women.”

What was striking to me at the time was that Schaper did not rely on the standard abortion advocacy arguments of the unborn child as a “clump of tissue” or a “mass of cells.” Instead, she called her abortion murder, and spoke of her unborn child as a child. She even named her “Alma,” which means “soul.”

“I happen to agree that abortion is a form of murder,” she wrote. “I think the quarrel about when life begins is disrespectful to the fetus. I know I murdered the life within me.”

“I could have loved that life but I chose not to,” she continued. “I did what men do all the time when they take us to war: they choose violence because, while they believe it is bad, it is still better than the alternatives.”

“When I made my choice to end Alma’s life, I was behaving as an adult,” the pastor concluded. “It was a human life. That’s why we named her, wanted her, but also knew we knew we did not want her enough.”

These words would be chilling coming from anyone. They are especially chilling coming from a pastor of a church. Add to the horror of it all that this church is named for the most beloved Baptist missionary couple of all time, Ann and Adoniram Judson. The Judsons sacrificed their very lives to take the gospel of life to those beyond the ocean. In the pulpit named for them stands a woman who speaks of violence to a defenseless infant in her womb, not in repentance but without apology.

The lessons to be learned here are not just one more reminder of what happens when doctrinal orthodoxy and ethical accountability are lost. We can see that all over the place. What is to be learned here, I think, is that the terms of the abortion debate are deeper than we think. We often assume that the debate is about when life begins. We marshal our scientific and philosophical and biblical arguments about the personhood of the unborn child. And we should continue to do so. But we should also remember that this alone will not end the debate, The problem, after all, is not one of information.

I suspect there are many who share this pastor’s views, though many would be loathe to say so publicly. They know the unborn child is just that: a child, a human being. They know that abortion is an act of violence. But they would rather this violence than the alternative. Behind that is a Nietzschean vision of morality, in which the will to power devours everything in its sight, especially the weak and the vulnerable.

To confront this, we must articulate and embody a different sort of universe, the one Jesus reveals and makes true. We must articulate and embody a kingdom where violence is not a sign of one being a “grown up,” a kingdom where one enters as a vulnerable child. When we refuse to define people in terms of their usefulness, when we bear witness to the image of God in all people, including the most vulnerable, we will find ourselves at odds with a world that sees power, and the violence that maintains it, as all that matters.

The Supreme Court will decide this particular case, of whether the abortion industry should be essentially self-regulating. But we should remember that, in the pile of briefs before them, there’s a church named for missionaries that stands, in its own words, on the side of violence. We must speak to those who hear in that sort of violence a kind of “good news,” a counter-gospel that is attractive to the spirit of the age. And we must hold out a witness for life and for peace and for justice, inside and outside the womb.

This article was originally posted at RussellMoore.com