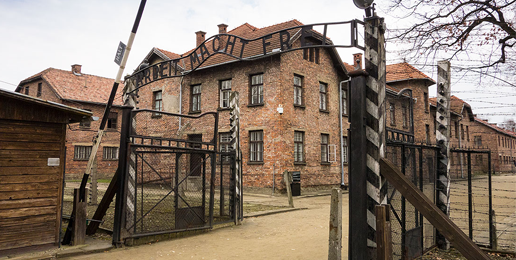 I spent several days visiting the death camps at Auschwitz-Birkenau in Poland back in 1989, when Poland was still occupied by the Soviets and run by their Communist Party lackeys. Abortion was a common yet seldom- mentioned procedure in the arsenal of National Socialism’s energetic desire to murder millions of “undesirable” persons.

The specific methods of organized murder differ, but the mentalities are identical. The comparison of abortion to the Holocaust is, indeed, precise in every essential detail, beginning with the idea that certain human beings are less-than-human and, therefore, deserving of no consideration by the state which favors death as social policy.

Moreover, these “undesirable” persons—whether innocent Jews or innocent babies unborn or being born—are intrusions into the “New Order, ” which has full legal (but absolutely no moral) authority to render death in an organized, state-approved manner to these “undesirables.”

The comparisons between these two cultures of death are breathtakingly parallel and shocking to the soul of any person who looks at the facts. Any American who is so historically uninformed or deliberately resistant to the truths of these mutual horrors lacks the fundamental moral integrity and common sense to lead any other person.

It is, therefore, a tragic commentary about our society that elects lawmakers who favor the killing of babes and who have the confidence and support of voters who bring them to public office. The tragedy of abortion-as-holocaust is deep and disgraceful to the extreme, a sin of colossal proportion which is beyond comprehension.

In one of the halls adjacent to the laboratories of Dr. Josef Mengele, the Nazis hung photos of children, some as young as five years old. These photos occupied the entire wall and were symbols of the massive slaughter of innocents perpetrated by those in power. All these children were dressed in the striped outfit of criminals. Beneath each child’s photos the Nazis posted the crime for which that child was killed. It reads: “Enemy Of The State.”