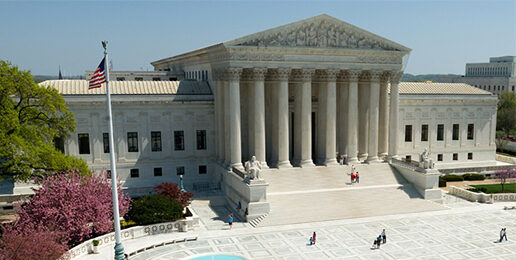 The Supreme Court of the United States (SCOTUS) has once again entered the cultural frays. Here are three recent decisions that will have lasting consequences for people of faith.

Issue: Can a state require abortion providers to have admitting privileges at a nearby hospital?

Facts: The State of Louisiana passed a law requiring abortion providers to obtain admitting privileges at local hospitals. The law was intended to protect women who may have medical complications during an abortion requiring emergency medical care. However, abortion advocates decried such laws because some abortion clinics would close due to the difficulty in obtaining admitting privileges. The Louisiana law was substantially similar to a Texas law that was struck down by the Supreme Court in 2016 in Whole Woman’s Health v. Hellerstedt. The Hellerstedt case is very important to understanding the Court’s ruling and the future of pro-life litigation.

Holding: The Court ruled 5-4 in favor of striking down the Louisiana law. All four Democrat-appointed justices held that the law placed an “undue burden” on a women’s right to choose abortion, in violation of Planned Parenthood v. Casey and Roe v. Wade. Chief Justice John Roberts also voted in favor striking down the law but did so on different grounds. The Chief Justice held that the law should be struck down because of stare decisis—the doctrine that a court should generally follow prior court precedent. Because the court already decided this issue of admitting privileges laws in the Hellerstedt case, Roberts reasoned that this similar Louisiana law should also be struck down.

Interestingly, the Chief Justice dissented on this same issue in the Hellerstedt case. Thus, it may be surmised that Chief Justice Roberts thinks these admitting privileges laws are constitutional but will disregard his beliefs in order to protect prior court precedent.

What does it mean for the pro-life cause? Although this case is a stinging blow for pro-life advocates, there may be reason for hope. Chief Justice Roberts appears to have voted against the Louisiana law only to protect prior court precedent on this narrow issue of admitting privileges. However, he may be more sympathetic to other types of pro-life laws that have not been previously decided by the Court. We may still possibly see the Chief Justice join Justices Samuel Alito, Clarence Thomas, Neil Gorsuch, and Brett Kavanaugh in upholding other types of pro-life laws in the future.

Issue: Does Title VII’s prohibition on “sex discrimination” include discrimination on the basis of sexual orientation and gender identity?

Facts: The decision involves three cases, including two gay men alleging they had been fired from their jobs because of their sexual orientation. The case also addresses a transgender employee who claimed he had been fired on the basis of gender identity.

Holding: Title VII of the Federal Civil Rights Act of 1964 prohibits sex discrimination in employment decisions. The law does not mention sexual orientation  or gender identity. However, Justice Gorsuch, writing for the 6-3 majority, held that when an employer discriminates based on an employee’s sexual orientation  or gender identity,  the employer is inevitably discriminating on the basis of sex.

Issue: Does the First Amendment prevent a state from getting rid of a state scholarship that allowed funds to go to religious organizations?

Facts: The state of Montana had a scholarship program that allowed families to use public funds to send their children to a school of their choosing. However, the money could not be used to attend religious schools because the Montana Constitution had a Blaine Amendment. A Blaine Amendment prohibits public funds from being used to support any type of religious organization. Blaine Amendments arose to prominence in the late 1800’s due to widespread hostility to Catholicism, fearing that the Catholic Church would attempt to obtain public funding. About thirty states currently have some variation of a Blaine Amendment.

These laws stand in stark contrast to the recent Supreme Court precedent in Trinity Lutheran Church of Columbia, Inc. v. Comer. This case holds that a state violates the First Amendment’s Free Exercise clause when a public funding program with a secular and neutral government purpose discriminates against a religious organization. The case involved a government program to fund safer playground equipment. The Court ruled that the government fund could not exclude a church-owned playground.

Holding: The Court reversed the Montana Court’s decision to strike down the scholarship program. Chief Justice Roberts held that the Montana Blaine Amendment violated the First Amendment because it discriminates against religious organizations. Because the Montana court applied the unconstitutional Blaine Amendment in striking down the scholarship program, the Montana court violated the First Amendment in discriminating against religious schools. Chief Justice John Roberts held, “A State need not subsidize private education. But once a State decides to do so, it cannot disqualify some private schools solely because they are religious.”

What does it mean for religious liberty? The decision will allow for the expansion of public funding for religious education. If a state decides to allow for school vouchers for secular private schools, the vouchers must also be allowed for private religious schools.

Furthermore, this decision may have put the final nail in the Blaine Amendment’s coffin. No longer will a state be able to apply laws that discriminate against religious organizations in distributing government funds.