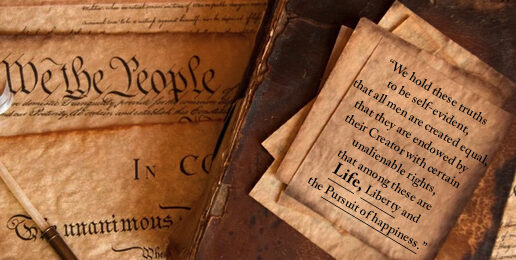 A Lawless Decision Finally About to Be Overruled

The U.S. Supreme Court appears to be poised, absent dereliction of duty or cowardice, to overrule one of the most wicked, unlawful, and murderous decisions it has ever issued.

In overturning (destroying, really) Roe v. Wade (410 U.S. 113), the Court will have done much to restore judicial integrity, but not enough.

In 1820, amid the attempt to end slavery in the United States, a compromise for admitting the State of Missouri to the Union was reached. While imposing some limits to official political support for slavery, the Missouri Compromise of 1820, in effect, continued the U.S. Government’s official endorsement of the systematic enslavement and forced servitude of large numbers of kidnapped Africans.

Likewise, in 1854, this compromise was replaced with another [1]; to let the States decide for themselves whether or not to allow the majority to enslave the minority. Opposition to this replacement (proposed by Illinois Senator Stephen Douglas) was the basis for formation of the Republican Party and the rise in prominence of Abraham Lincoln.

Once again, the unalienable Right to Liberty of these People, was officially alienated from them with the explicit consent of The United States of America!

In the Dobbs draft though, the Court continues to sanction the States’ unconstitutional denial of certain persons’ Right to Life at the hands of those more powerful. States may not lawfully do so. I call it the Mississippi Compromise of 2022.

According to one list of deaths at the hands of tyrannical dictators, the United States’ denial of the Right to Life of 63,000,000 children unwanted by their mothers since the Roe v. Wade decision—boys and girls whose only crime was being too small to be defended—places post-1973 America in second place (behind only Mao’s Communist China and ahead of Stalin’s Socialist Russia and Hitler’s National Socialist Germany) [4].

The foundation of any American Rule of Law must be what we, the People of the United States, declared to all mankind to be “self-evident” truth, in support of our revolution from England, simply that:

The Court’s draft states, that abortion “presents a profound moral question,” but as Justice Alito proves, science has answered that question (i.e., “is there a human in a pregnant mother’s womb?”), in the affirmative.

The question therefore really becomes a profoundly immoral one, “will government permit the stronger Person (parent) to extinguish the life of the weaker (unborn child)?”

The draft purports to “return that authority to the people and their elected representatives.” This is tyranny of the majority.

Neither the U.S. Constitution, nor the Rule of the Law permits such injustice. Neither the People nor their representatives can ever possess such authority:

For rulers are not a terror to good conduct, but to bad. Would you have no fear of the one who is in authority? Then do what is good, and you will receive his approval, for he is God’s servant for your good. But if you do wrong, be afraid, for he does not bear the sword in vain. For he is the servant of God, an avenger who carries out God’s wrath on the wrongdoer. (Romans 13:3-4)

According to the Rule of Law, every human being has a self-evident, God-given, unalienable Right to Life, which is to be secured by any legitimate government. From the moment of conception, we are now scientifically able to identify precisely, the existence of a human being. Therefore, we (i.e., all branches of government, and the governed, by whose consent they rule) must secure this right to every human being within our authority:

This will of his (mankind’s) Maker is called the law of nature … no human laws are of any validity if contrary to this. (William Blackstone [5])

The unalienable Right to Life of every human being within the borders of the United States of America must be secured by the equal protection of the laws of all governments within the Union. The court has the duty under the U.S. Constitution (several places) and the American Rule of Law to so rule.

This is only a first draft. Let us continue to pray, more fervently than ever, that the Court will revise this draft and finally affirm the U.S. Constitution and American Rule of Law: that all States must, to the best of their ability, secure the Right to Life for all people within its jurisdiction.

[1] Note that these “compromises” occurred while the nation was still operating under the American Rule of Law, based upon the law of the Creator, and therefore came from Congress. The legal profession soon thereafter adopted positive law (foundation of law is judicial decisions, therefore improperly expanding role of judiciary), so this similar “compromise” is now coming from the Court.

[3] As demonstrated by the Court’s draft opinion, lawyers, including those who approve of the result, have always known Roe was a bad decision, but modern law schools leave no concept of a decision being ‘bad’ law, since cases determine the law.

[5]  Blackstone’s Commentaries on the Law was the third most cited source in the writings of the founders. https://oll.libertyfund.org/page/founding-father-s-library