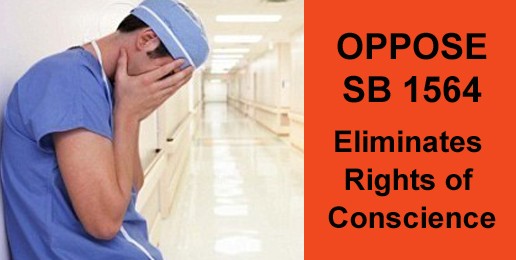 This afternoon, the Illinois Senate voted 34 to 19 to pass SB 1564 — the onerous re-write of the Healthcare Right of Conscience Act.  This bill broadly defines “health care,” “health care personnel,” and “health care facility.” SB 1564 will force health care personnel to violate their consciences in regard to morally dubious medical procedures such as abortion, sterilization, and certain end-of-life care. Pro-life lobbyists are deeply concerned that even Crisis Pregnancy Centers that offer pregnancy tests would be subjected to unsavory duties under the law (e.g. abortion referrals).

According to the Christian Medical and Dental Associations, ninety-five (95) percent of physicians in a national poll agreed with this statement: “I would rather stop practicing medicine altogether then be forced to violate my conscience.”

Click HERE to see how your state senator voted on this legislation, or look at the graphic below.  State Senators Kyle McCarter (R-Vandalia), Jason Barickman (R-Bloomington), Dale Rigther (R-Mattoon), and Bill Haine (D-Alton) spoke against the bill.  Unfortunately, Republican leader Christine Radogno and Senator Chris Nybo (R-Hinsdale) voted in favor of the bill.  Sen. Nybo also spoke if favor of SB 1564 on the floor.

The bill now moves to the Illinois House.  We can stop this bill — but only with your help, calls and prayers! 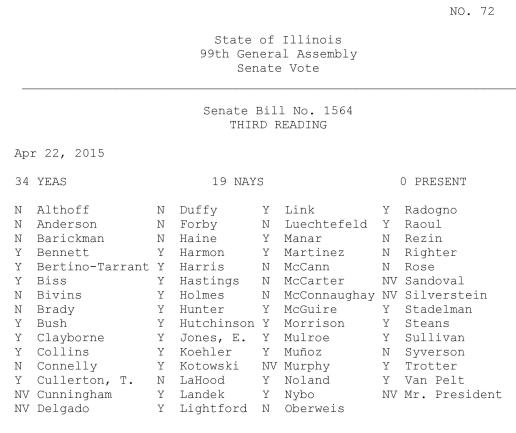