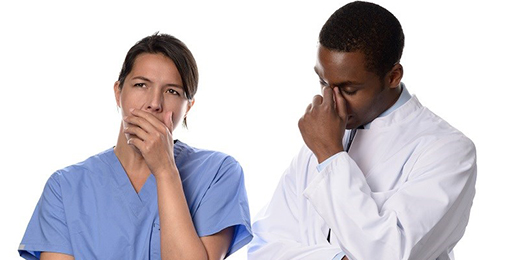 The church has all too often let the world hijack social issues.  Now valuing life for the chronically and terminally ill—and their caregivers—stands on the precipice. Paraphrasing Keith Green, the world is dying in the dark “…that the church just can’t fight, ’cause it’s asleep in the light!”

While the debate continues as more states adopt paths for medically assisted deaths, family caregivers remain virtually omitted from the conversation and care. The lid of this Pandora’s Box is opening wider as Christians flounder in sharing a biblically founded position.  History shows when governments draw and then move this line about the value of life, then it can cause genocide (Germany) and infanticide (abortion).  Quality of life and suffering remain subjective.  Death, however, is not.

Starting January 1, 2019, Our Care, Our Choice Act in Hawaii went into effect for “medically assisted death” (see here or here).

For those wanting to end their lives due to extreme sickness, disability, and/or suffering, the act requires two witnesses attesting to the patient’s desire for death and two doctors agreeing the patient has six months or fewer to live. Furthermore, while mental-health evaluations are normally prescribed for those who unsuccessfully attempt to end their life, this legislation also requires such an evaluation to successfully end one’s life—effectively eliminating those suffering from dementia or other mental incapacitation.

While some term this act “physician-assisted suicide,” physicians are not necessarily administering the lethal drugs. Others call it “State Sanctioned Suicide” inferring the state is codifying the act.  Legally, however, it is not deemed suicide—if performed according to the act’s procedural outline. Regardless of the name, the outcome remains the same.

Bluntly speaking, for those weighing suicide as an option, the sole impediment is an innate moral boundary shifted only by impairment, disease or societal manipulation. With an increasing number of similar legislative actions making their way through state assemblies, it appears that more elected officials wish to alter that boundary.

The move to legislate this act raises significant questions and concerns. For instance, the act states the fatal dose of prescriptions is to be self-administered. If physically unable to administer the dosage of drugs for themselves, should a friend or family caregiver help perform the act?  Does performing this act result in legal consequences for the caregiver or the loss of life-insurance benefits?

Additionally, once a “qualified patient” decides to take their own life, they are to be counseled by their doctor to avoid ending their life alone or in a public place. So, who gets to be present? Again, the attending caregiver, not the attending doctor, seems the most likely choice.

Instructions remain unclear regarding the well being of the caregiver left to deal with the emotional consequences of helping end the life of another human being.  Although the law requires a mental health evaluation for the patient, it omits the same requirement for those caring for the patient.

Should the patient complete this act, a caregiver remains to live with the guilt, sorrow, anger, resentment and other feelings that often come in conflicting waves. While family caregivers may not possess a legal voice on this issue, they certainly can claim a stake in the process—as well as the consequences.

Other questions arise.  While discussing medically assisted death is often framed with compassion,is it not also compassionate to encourage suffering loved ones and remind them of their lives’ importance? Is life only valuable if pain-free and if death remains further out than six months? The line of “six months” itself opens the door to more difficult questions.  Why six and not five—or seven, or twelve? One can’t help but think that if government assemblies can draw a line regarding life expectancies and quality of life, then those same governments can also adjust that line.

Again, quality of life and suffering remain subjective.  Death, however, is not.

Words of encouragement to caregivers

During times of suffering, a caregiver’s is the primary voice heard by someone suffering. A caregiver’s words and attitude can compound feelings of despair or inspire and strengthen. Emotionally unhealthy caregivers struggle to offer strength and encouragement. Yet, healthier caregivers can speak words of life and value to suffering loved ones—even those facing a difficult death looming on the horizon.

As a caregiver for a wife with severe disabilities and in chronic pain for more than thirty years, I understand the heartache in watching someone in agony. Serving as a bystander to relentless suffering can leave one distraught, exhausted and disoriented. It’s difficult to understand the right path in such conditions. Yet those times are not without great meaning and even joy—even in grim circumstances.  We may never feel better about the harsh things we experience or observe. Yet feeling better seems a shallow pursuit. Would not being better serve as a worthier goal?

Granting legal permission for suffering patients to end their lives may offer a path toward what some call “dying with dignity.” In doing so, we possibly deprive those who suffer, as well as those who care for them, the opportunity to embrace such challenges, while still living with dignity.

Editor’s Note:  If you need or want additional information related to suffering, please visit here for a recommended resource.  Also, this author does a show called “Hope for the Caregiver” and often takes questions on Saturday from 7-8 a.m. CST during the show.  Call 1-888-589-8840 during that time.  Or find American Family Radio stations with his program here to listen.

This article was originally published on AFA.net

When Palliative Care Goes Horribly Wrong
b
a
x
r