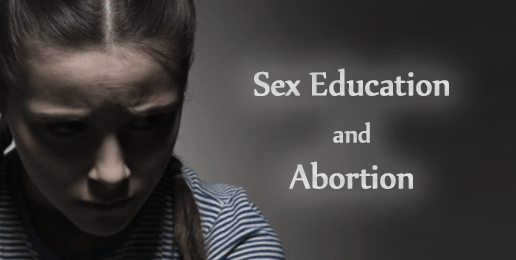 “How do you sell an abortion? In the US it’s very simple: You do it through sex education,” former abortion clinic owner Carol Everett told participants at the Rose Dinner following the National March for Life on Thursday in Ottawa.

Everett, who ran a chain of four abortion clinics in Texas from 1977-1983 — where an estimated 35,000 unborn children were aborted before her dramatic conversion and departure from the industry — told about 430 participants at the dinner that she had a goal of becoming a millionaire by selling abortions to teenage girls.

“We had a goal of 3-5 abortions from every girl between the ages of 13 and 18, because we all work on a straight commission inside the abortion industry,” she said. With every customer, Everett became a little richer.

But in order to reach her financial goal, Everett said she first had to create a “market for abortions.” That meant convincing young people from the earliest age possible to see sexuality in an entirely different way than previous generations.

“We started in kindergarten. In kindergarten you put the children in a circle and you go around the room and you ask them all the same question: ‘What do your parents call your private parts?’”

“You know and I know that every family in this room has a different name for the private parts. So by the time you reach the third or fourth child it is clear to those children that parents simply do not know what they have. But we did. We said: ‘Boys this is what you have and girls this is what you have and don’t be ashamed of your private parts.’”

Everett explained how sex education at the earliest ages aimed at eroding in the children what she called “natural modesty.” Everything was calculated to “separate the children from their values and their parents.”

It was during the fifth and sixth grade that Everett herself supplied the missing link between sex-ed and abortion.

“My goal was to get them sexually active on a low dose birth control pill that we knew they would get pregnant on. How do you do that? You give them a low dose birth control pill that, in order to provide any level of protection, has to be taken accurately at the same time every single day. And you know and I know, there’s not a teen in the world who does everything the same time every day.”

Everett said that a girl on the pill who thought she was ‘safe’ typically had sex more frequently than those not on the pill.

“That pill did not work, and we could accomplish our goal of 3-5 abortions between the ages of 13 and 18,” she said.

Everett said that if the sex-education was done correctly, then when the girl becomes pregnant, she believes she has only one real choice.

“She’s going to call our clinic because she’s been told we’re ‘pro-choice.’”

In order to sell as many abortions as possible, Everett trained her employees to lead the distraught callers towards abortion as the only possible solution.

“When our telephone rang, we were ready. You see, we had trained the people to answer our telephones as telemarketers. They sold over the telephone. But we couldn’t call them telemarketers, that’s far too harsh. We called them telephone counselors. We trained them with a script designed to overcome every single objection. That’s what sales is, isn’t it? Overcoming the objection and filling the order, in this case the abortion,” she said.

The former abortion provider said she knew the sex-ed strategy was more than a success when a young woman visited one of her clinics for her ninth abortion.

“Abortion is a method of birth control in my country, a 45 percent repeat rate. And I dare say it’s also a birth control measure in your country,” she said.

Everett went on to describe what she called her miraculous journey of leaving the abortion industry and giving her life to God. In 1995 she founded the Heidi Group, a non-profit organization dedicated to helping women experiencing a crisis pregnancy – named after one of Everett’s own children whom she aborted in 1973.

Everett warned parents not to ignore what their children are being taught in school regarding sex-education.

“I would encourage you to go to your public library and to your schools and ask what they’re using for sex education,” she said.